I know that I promised to lay the sledgehammer aside for awhile, but a few of yesterday’s news items made me batty. In one of them, the UJA-Federation of New York announced it was earmarking ten million dollars in emergency hurricane relief to its local network agencies and synagogues. Chevre! Chaval al hakesev!

Another thing that made me bonkers was the video appeal of Mordechai Ben David showing his damaged recording studio and asking people to donate money to rebuild his battered hometown of Seagate.


When will Diaspora Jews get the message?

Now, don’t accuse me of not having compassion. I sympathize with Sandy’s victims as much as the next guy, believe me. That’s not the point.

The point is that Jewish life in the Galut is supposed to come to an end. If Hashem has smashed things down, why rebuild them? The exile is a curse. A punishment. By definition, it’s not meant to last forever. We’re not supposed to make exile in foreign lands into our permanent home. So if Hashem knocks down a Diaspora community, or a recording studio, why rebuild them? So that the next hurricane, or earthquake, or pogrom can smash them down once again?

Brothers and sisters of New York and New Jersey– rebuild your washed-out communities in Israel! Mordechai Ben David, Avraham Fried, and Shwekey  – we have beautiful recording studios in Israel, as dry as can be! Instead of coming here for concerts on Chol HaMoed Sukkot and Pesach, come here to live, and give your holiday concerts in Brooklyn instead! It’s a lot safer living in Israel!

“It can never happen inAmerica,” they always claim when we warn them.

Pay attention, my friends. Hashem has many messengers. The Almighty can use anti-Semitism and persecution to shatter the fantasy of galut, or He can use fires, earthquakes, and floods to drive his recalcitrant children back home toI srael. The destruction that the shiksa Sand yhas left in her wake is just a warning. Brothers and sisters, we have been saying it all along. Life is much more dangerous in America than it is in Israel. Wake up! Read the writing on the wall before it is too late! Your bastions of Yiddishkeit, and friends in high places, and Jewish Federations won’t help you. Not in Seagate, Englewood, Long Island, or even in Boca. Don’t make the mistake by pretending that this hurricane was just a freak outburst of nature. Everything that happens in the world is from Hashem, and it’s all for the sake of the Jews. So take some good advice and sell your houses now before there is nothing left of them. Come home to Israel while you can. 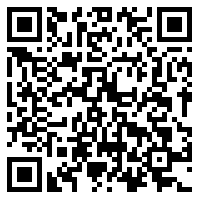