Activist Ron Carmi Bozaglo has embarked on a battle to defend a soldier who killed a terrorist throwing rocks at vehicles along the Gush Etzion highway.

Bozaglo told The Jewish Press, “Beyond the consequences for the accused Israeli soldier and his family, I am worried about the negative effect this new ‘Elor Azaria’ witch hunt will have on prospective enlistees, if his case is brought to military trial. Already a third of the draftees in each draft-call try to escape from army service – half of them because they don’t believe the army will stand behind them in situations like these.”


The 57-year-old Bozaglo – a Golani commander in the first Lebanon War – was the man behind the public campaign to free Elor Azaria, a soldier who killed a terrorist in Hevron laying wounded on the ground. Once again, he has taken the initiative to start a countrywide protest to prevent the new case from reaching court.

Bozaglo says that the soldier who killed a terrorist hurling rocks at Israeli vehicles 10 months ago followed the rules of engagement. He first shot in the air, then at the ground, then at the terrorist’s legs, and finally at his upper body when the terrorist continued to throw stones toward the highway.

During the army investigation of the event, the young soldier, an oleh chadash from Central America who knows only rudimentary Hebrew, was denied a lawyer, cursed and threatened, and put in a state of helpless confusion by the military police. Afterward, the soldier was returned to his unit where he continued to serve for the following eight months.

Two weeks ago, he was summoned to a military hearing by Israel’s Military Advocate General, Sharon Afek, the chief prosecutor in the Azaria case, and told he had 30 days to present a letter to the Military Advocate General’s office explaining why he shouldn’t be brought to trial for killing the terrorist. Stunned, the soldier turned to Bozaglo who immediately engaged one of the lawyers who defended Azaria to prepare the requested letter of defense.

The Jewish Press: The Azaria case quickly turned into an ideological fight between the Left, who demanded his conviction, and the Right, who claimed he should be acquitted. Do you foresee a parallel battle in this case?

Bozaglo: For certain. It’s not a coincidence that the same IDF Advocate General is behind the decision to bring the soldier to trial. Afek received part of his education at the Wexner Institute, a factory of liberal propaganda in America that devotes huge amounts of money to instill pluralistic ideologies into the minds of Israeli politicians, educators, business leaders, and IDF commanders in order to undermine the Jewish character of Medinat Yisrael.

I am demanding that an independent inquiry committee be established to investigate foreign involvement throughout the ranks of Tzahal. Gadi Eizenkot was Chief of Staff at the time of the Azaria trial. During his tenure, a lecture program was established to expose soldiers to the pluralistic philosophies so rampant today. To me, this is no different than espionage.

Now that Naftali Bennett has replaced Moshe Yaalon as Minister of Defense, and Aviv Kokavy is the new Chief of Staff, the case could possibly be dismissed before it reaches court.

That is my hope, but we have to generate the public uproar to make it happen. Both Yaalon and Eizenkot declared Elor Azaria guilty before the investigation was completed. To his credit, Bennett truly cares about the welfare of Israel’s soldiers, as demonstrated last week in his banning leftist agitators from interfering with our soldiers in the field. And Kokavy has taken steps to truncate the poisonous lecture program which Eizenkot advanced.

During the campaign backing Azaria, the young soldier’s baby face on television, and the passionate concern of his mother and father, drew a lot of public sympathy. When his parents said that Elor was everyone’s son, Eizenkot disagreed, stating that an 18-year-old soldier was no longer a child, and that he was solely responsible for his actions.

To me that attitude is totally irresponsible. The nation sends our young people to fight against our enemies, and it is our duty to stand behind them. Even if they make a mistake of judgment in a difficult life-and-death situation, or violate a rule regarding when to open fire, they have to know that the IDF command will protect them and not throw them to the wolves who roam freely through the jungle of Israel’s military establishment and courts.

All infractions and necessary punishments should be dealt with strictly within a soldier’s unit, without recourse to military tribunals. 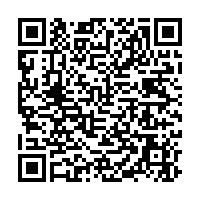