Someone asked me why don’t I write about Israeli politics like so many other Internet scribes? My answer is: Why should I? Most of my readers live in America, and they have as much influence concerning what goes on in Israel as I have about the type of food the elephants receive in the Central Park Zoo. So why should I write about the political scene in Israel? To show how knowledgeable and astute I am? I’d only be talking to myself.

But there is one issue I would like to address, if only to the handful of Israelis who read my blog. And that concerns the terrible hatefulness and evil infesting the Likud-Israel Beitenu campaign against the religious candidates of the Jewish Home party and their Rabbis.

On Facebook, nationwide television, radio, and in newspaper ads, the Likud-Beitenu party has been viciously attacking the religious beliefs of the Jewish Home candidates and Rabbis in an ugly smear campaign that smacks of the worst kind of anti-Semitism. Rabbi Dov Lior, the Chief Rabbi of Hevron, a giant in Torah, who has dedicated his life to teaching Torat Eretz Yisrael to two generations of students, and who is not even a Jewish Home supporter, is castigated in the Likud-Beitenu ads for an isolated remark he supposedly made in defense of Baruch Goldstein.

Rabbi Zalman Melamed, one of the main builders of the flourishing settlement of Beit-El, co-founder of Arutz 7, and the head of a half-dozen important Torah institutions, is condemned for advocating soldiers not to throw Jews out of their homes. Moti Ogev, a dedicated general in the Israeli Army is ridiculed for separated the boys from the girls during activities of the Bnei Akiva Youth Organization which he formerly headed.

Rabbi Hillel Horowitz, who has worked for years to bring tens of thousands of Jews to visit Hevron, and raise funds for the Jewish settlement in the City of our Fathers, is chastised for expressing his opinion that male soldiers shouldn’t be forced to hear women sing.

Orit Struk, a mother of 10, who has fought to help Jewish settlers unjustly thrown into jail by the thugs of the Likud and the Left, is criticized for demanded that unlawful infractions of the Israel police, army, and court system, be corrected. And Rabbi Eli Dahan, a longtime upholder of Torah in the Chief Rabbinate, is mocked for being prejudiced against women, when in fact he has fought to punish husbands who refuse to grant battered wives a divorce. Not to mention the abuse that is directed at Naftali Bennett for stealing votes away from Bibi.

And, I have to add, in the face of this daily onslaught of hatred and slander, and this undisguised attack on the Torah, where is the voice of Moshe Feiglin, stalwart member of the Likud, soon-to-be member of the Knesset, champion of the national-religious camp in Israel – why don’t we hear him protesting as his party bashes religious Zionists and their Rabbis? Why is he suddenly as quiet as a mouse with a piece of cheese in its mouth? Why doesn’t he stand up like a true leader and decry this attack on the Torah? Why doesn’t he leave the Likud? And why is Bibi, the Prime Minister of all the Israeli People, allowing this slander to continue?

Voters beware! Don’t cast your vote for a party that condemns Torah values and honest and dedicated people who have led the way in the education of our youth and the settlement of Eretz Yisrael.

Nothing good will come from this, or from your vote for Likud-Israel Beitenu. 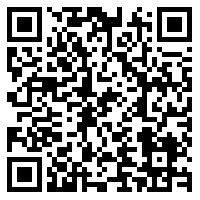