With Santa Claus scheduled to arrive any minute, here are a few pre-Xmas warnings. Be sure to stay away from Xmas parties, non-kosher wine, frivolity, and kissing Suzy under the mistletoe. If there’s a Xmas party at the office, tell them you have a stomach ache. On Xmas day, keep as far away from their festivities as possible. Since Christians are considered idolaters, on their holiday it’s best not to have any business with them at all (Rambam, Laws of Idol Worship, Ch.9, 1-4).

Don’t be fooled into thinking that those twinkling Xmas lights are romantic, and that exchanging gift-filled stockings and candy canes is a harmless gesture of love. Remember, in the name of brotherly love, the Xtrians massacred millions of Jews throughout history. The color red that you see everywhere at Xmas-time is the blood of the Jews.

If I were in the Diaspora on Xmas, I’d spend the whole day locked in the john. It’s a lot purer there than out on the street. Xmas is the most impure day of the year. Its cloud of impurity is 100 times greater than the radioactive cloud that spread out over Hiroshima after the bomb was dropped. All over the world, in America, and Europe, and countries all over the globe, hundreds of millions of people are paying homage to Western civilization’s best loved idol worship.

The prohibition against idol worship tops the list of the Ten Commandments. No one is allowed to make or worship a graven image. As the Rambam explains, “The essential principle concerning idolatry is that people are not to worship anything created – neither angel, planet, star, the elements, or something derived from them.” That includes worshiping a man, and bending down to a statue, and praying to Buddhas, Hindu monkey gods, totem poles, crucifixes, and the like. I would post a few photos in illustration, but it is even forbidden to gaze upon the picture of an idolatrous figure, as it says, “Turn not after their idols” (Vayikra, 19:4. See Rambam, 2:2, loc. cited).

In Rabbi Kook’s writings on Christianity, he explains that it began as a break-away sect of Judaism which grew in influence and ultimately led the world astray with its doctrines. He categorizes it as idol worship, and says that its founder brought the majority of the world to err by serving a god other than the Almighty. By abandoning the mitzvot, Christianity enshrouded the world in a seemingly legitimate offshoot of idol worship. While imitating many of Judaism’s values and beliefs, Christianity actually led the world away from the true service of God.

Referring to Christianity’s renegade founder, the Rambam writes: “Can there be a greater stumbling block than this one? All of the Prophets spoke of the Messiah as the redeemer of Israel, and its savior, who would gather the dispersed and strengthen their observance of the commandments, while this one caused the annihilation of Israel by the sword, and caused its remnants to be scattered and scorned. He caused the Torah to be altered, and brought the majority of the world to err, and to serve a god other than the Lord…” (Laws of Kings and Their Wars, Uncensored version, Mosad HaRav Kook edition, Ch11).

This is what we affirm several times a day in the concluding“Aleynu” prayer. The following verse is deleted in many prayer books used in the Diaspora, but here in Israel, we say it concerning the nations, “They bow down to vanity and emptiness, and pray to a god that cannot save.”

The “Aleynu” prayer expresses our heartfelt wish that idol worship be uprooted from the earth, and that the world come to understand that God alone is the One and Only King, “We hope, therefore, Lord our God, soon to behold Your majestic glory, when the abominations will be removed from the earth, and the false gods exterminated; when the world will be perfected under the reign of the Almighty, and all mankind will call upon Your Name, and the wicked of the earth will be turned to You. My all the inhabitants of the world realize and know that to You every knee must bend and every tongue vow allegiance….”

There is no question that we have a lot of problems and challenges facing us in Israel, but at this time of the year, I have to take time-out from the headlines to thank Hashem for granting me the incomparable blessing of living in His Holy Land, and not in the spiritually polluted lands of the Diaspora, where Christmas is being celebrated in all of its insidious force and make-believe holiness. 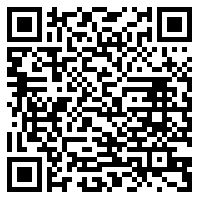