After years of research and development, a man-made hamburger was publicly tasted for the first time last week. The burger was not animal flesh, instead it was grown in a laboratory. However, it was grown in a way that mimics the way animals grow their own flesh. Thus, it was pretty close to dead animal meat in flavor and texture.

This incredible scientific breakthrough prompted a plethora of questions. For the religious community with rituals and laws attached to the eating of meat even more questions were asked.

It seemed that one could hardly browse the Internet for five seconds without seeing a juicy soundbite (sorry, couldn’t resist) about whether the meat was kosher or whether is was meat at all. Chabad’s website had one approach. OU had another approach. Reuters had a third opinion in their article. NBC added another view.

I must have been asked by a dozen people what to make of the man-made meat mystery.

This is what I think. No one has any idea what they are talking about. Non-scientists have no chance of understanding the precise manner in which this meat was manufactured. I have tried to understand how it all works and it is almost impossible to find the full technical explanation with all the requisite background information. A very smart scientists tried explaining it to me, but even after I got the gist of the process I had more questions about stem cells and other background than I had before he explained it to me. I am pretty confident that Chabad, OU, the Reuters people, and even NBC News reporters don’t have a clue how this meat is made.

Sure, they  say “don’t rely on this for halacha” or something to that effect, but that makes things even worse. Why offer a meaningless opinion that is based on ignorance? It seems to make a mockery of Jewish law. But Jewish law is very serious and serious people will offer serious opinions on this matter. The proper response for almost the entire population of planet Earth to these eternal questions about man-made meat is “I am not qualified to render an opinion on this matter.”

Without a thorough understanding of how the meat is made, any discussion of the halachic ramifications of the meat is not even conjecture. It is pure fantasy. Further, deciding the halachic status of this issue will require a breadth of Torah knowledge that is possessed by a mere handful of people on the planet. You can’t pasken this shyla with Yad Moshe, Google, or the Otzar. This is a brand new question of Jewish law and will need serious investigation into the science and the various tenuously analogous precedents in Jewish law. The Torah does not discuss synthetic meat. And even if it did, who says this meat would be the same as the synthetic meat found in Jewish law?

The only way this question can be seriously answered is with a conference of scientists and rabbis who fit the descriptions above. Scientists who can thoroughly explain how the meat is made and Torah scholars who know kol haTorah kula will need to decide this issue. Anyone else jumping into the discussion is wielding a knife in a nuclear war. It’s that useless.

If I can, I will try to attain a scientific understanding of how this meat is produced and then perhaps I will be qualified to even ask the question to my (qualified) posek. But until such time, I wouldn’t dare wade into this very, very deep pool. I think this is the proper policy under the circumstances. We sound more educated and cutting edge when we admit what we don’t know as opposed to when we pretend we know what we are discussing. 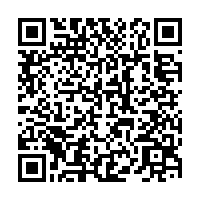