The new issue of The New Republic cover story (The Feminists of Zion An unlikely alliance between Orthodox and progressive women will save Israel from fundamentalism) is about us. It is about Haredim, modern Orthodox, and women. These are things we discuss regularly online and at our Shabbos tables, and in our coffee rooms. The story is remarkably accurate and balanced, displaying a very deep understanding of the issues in Israel today. I recommend reading the article immediately.

Imagine a spectrum of religious fundamentalism in the orthodox Jewish community. On one end you have extreme Haredi sects and on the other end you have completely secular Israelis. On most things and for most of time the people in the middle, let’s call them modern orthodox, skewed their allegiences toward the Haredi side. Orthodoxy is the great uniter. The assumption is that any two orthodox people will have more common interests than an orthodox and a secular Jew. This is how things were.


In essence, the article argues that while naturally aligned with their fellow orthodox Jews, women from the modern orthodox community in Israel are finding themselves aligned with secular feminist Jews in Israel. The collective pain that is felt due to the oppressiveness toward women in the extreme and not so extreme Haredi world is taking a toll. Women have been attacked physically, verbally, and psychologically for a long time and it is starting to create a negative reaction.

Several times the article mentions signs that tell women how to dress. We have become accustomed to these signs. But the women in the article argue that the signs give license to thugs who want to make a statement to women. To them, the signs mean much more than “Please be sensitive to our religious beliefs.” Part of that is because these standards are entering the public sphere and are no longer just limited to the private insular neighborhoods. But the other part of it is that the signs are somehow justifying the negativity and violence toward women.

What has happened is that women who feel hurt and abused are turning to secular and Reform Jews for salvation. Feminism is a dirty word in many orthodox communities, even in some places within the modern orthodox community. But it’s becoming a necessary evil for modern orthodox women who are not feminists at all to ask for help from feminists. It’s odd when orthodox people are funding they have more in common with secular and very liberal Jews than fellow orthodox Jews. But that is what is happening.

The article also talks about modern orthodox women who sympathize with the Women of the Wall. I wish they would be more vocal but i was heartened to hear it.

Last week I wrote about finding common ground and room for dialogue between modern orthodox and yeshivish Jews in America. (See:
Maybe Rabbi Birnbaum Has a Point: A Solution) I think what we are seeing in the article in TNR is what will happen if we can’t work together. If the people in the middle start to feel like the liberal and secular Jews are more sympathetic to their way of life, the great split that has been predicted for years, will finally happen. Modern orthodox Judaism will become an independent group.

Some might say, what’s so bad about that? Well there are plenty negative consequences to mention. But I will mention the two biggest issues. First, the Haredi institutions will fall without modern orthodox support. Some might say that’s not so bad either. I disagree. Their services are necessary, as is their trap door into engagement with society. On the other side, without a connection the Haredi community, the modern orthodox community will be hard pressed to support its own institutions for lack of qualified teachers and rabbis.

It’s not in our best interests to see a formal split. It might happen in Israel and it might happen in America. I think we should do everything we can to prevent it. The first thing we need to do, is get together and talk. 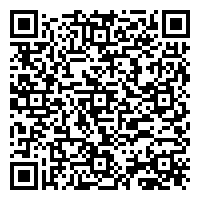