Write an article about modesty that is respectful to men and women, makes a case for an orthodox Jewish version of tznius, and it also has to make tznius sound pleasant.

Can I do it? This is my attempt.

There are two aspects of tznius in orthodox Judaism. The first is the concept of modesty. The second is the details of how tznius is observed in orthodox Judaism. I admit that it is much easier to make a case for the first aspect than it is for the second. But I submit that once one is convinced of the first aspect, the second aspect becomes much easier. But I am hopeful that we can carve out a third aspect to tznius, if not in practice yet, at least in theory.

The Sefer HaChinuch asks an excellent question. There is a mitzvah to kindle the fire of the altar in the Temple. A priest would light the fire every day. If the Temple needs a fire, someone has to to light it. The problem is that we have a tradition that the fire on the altar came from heaven and thus there was no need for a mere mortal to light the fire.

Answers the Sefer HaChinuch, this is the way of God. Whenever God acts in a miraculous way that displays God’s greatness, God will seek to hide God’s greatness and make the miracle appear to be natural. There will always be a way to rationalize the miracle as a non-miracle. This explains the requirement that a priest light the fire on the altar. It must appear that God is not acting in a way that is clearly miraculous.

It’s reasonable to say that God’s “moment” in the Bible was the splitting of the Sea of Reeds. That was the bottom of the ninth, two outs, bases loaded, down by three runs, and God hits it out of the park for the win. It’s the defining moment in our relationship with God until this very day and one of the most dramatic episodes in the Bible. It’s very interesting to note what is recorded in the Torah before the sea actually split. We are told that Moses stretched out his hand over the sea and strong winds stirred up the sea water all night. The next day God split the sea.

The Chinuch explains that God’s miracles must be hidden. God could have been a show-off and designed this big moment to be as dramatic as possible. The waters could have been completely still, Moses could have been crying on his hands and knees begging for mercy, and then God would swoop in at the last possible moment and save the Israelites with a grand show. But instead God hid the miracle behind outstretched arms and swirling winds.

This is the way of our God. Our God is modest. Even our all powerful God chooses to limit God’s exposure when performing miracles. The Chinuch concludes that this is true greatness. One who is great is not one who needs to make a show of oneself. Greatness is found behind a veil of modesty.

To me, this is the essence of Jewish modesty. V’halachta b’drachav. We emulate God’s character. V’hatzneah leches im Elokecha. Walk modestly with your God.

Every person should strive to be Godly. Greatness is found when people don’t expose everything. This is the paradigm that we learn from God. Overexposure is unGodly.

But what is the reason for this? Is it some rule that can’t be explained? Or can we make some sense of this?

I think it does have some basis in reality. We are easily distracted. Please note, I am not saying we are perverts or we have a hard time controlling ourselves. I am saying that our minds are biased towards simplicity and gravitate toward the external things that are easily seen. Marketers know this and they distract us with beautiful people in their ads for horse manure. But wisdom and maturity are seeing things that are beneath the surface. Greatness is found behind a veil of modesty.

Of course it is entirely possible for a beautiful naked person to be espousing wisdom. It’s just harder to hear the wisdom. This had nothing to do with Judaism or God. Professors at universities, CEOs, and politicians in our Western society dress at least somewhat formally. We all understand this.

Taken to another level, we all disregard showboaters and over-aggressive, transparent, self-promotors. We dismiss those kinds of people and their ideas are taken far less seriously. Our minds know that greatness is usually not “in your face.” We know that greatness is hidden. I think this is the rational explanation for God’s behavior in hiding God’s miracles.

Modesty in Judaism is supposed to reflect this value. It applies equally to men and women and applies equally to clothing as it does to the rest of one’s life. This is the Jewish concept of modesty. It is the first aspect. It explains the value in limiting one’s external exposure.

If it ended here, we would all take this lesson to heart and try to make our own decisions in consonance with this ideal. Practices would vary but we would all try to live with this concept in our lives.

But orthodox Judaism is not just about ideas and concepts. The rabbis of the Talmud and their halachic heirs take these concepts and interpret them into laws. These are really old laws. Some are 2000 years old. Other more “recent” laws are only several hundred years old.

Over the millennia, the laws of each time and place were added to our legal codes. The rigid laws of our current tznius standards of clothing, whether from the stringent or lenient extremes are borne out of this system. They don’t really make sense today. They are not really expected to make sense today. These laws are mostly anachronistic.

Today’s laws seem to draw arbitrary lines about what can be seen and what may not be seen. There is little rhyme or reason and this is a breeding ground for stringencies and false displays of piety. With no firm halachic foundation, it is easy to invent new and improved ideas about tznius that can creep into society and become de facto standards seemingly overnight. Some people draw the line here and others draw the line over there. If you’re in doubt? Cover it up. Better to be safe than sorry. The spirit of tznius can be hard to find under these circumstances.

Somewhere along the line it seems, we have collectively lost the ability to adapt our laws for modernity within the confines of halacha. That being said, orthodox Jews conform to halachic standards. Sometimes it’s not easy, sometimes it doesn’t really make perfect sense, but it’s the laws that we have and until they are abrogated they are the laws we must keep. This is the second aspect.

There is no real theological reason that tznius should be so heavily regulated and codified in Jewish law while all the other areas of our lives that require us to act with modesty are left to our whims and desires. Rather it is social. Dress codes and sensuality are things that people have traditionally been concerned with and thus we have a huge compilation of laws associated with tznius. This despite the fact that tznius in the Talmud is barely a blip on a very large radar. when it is mentioned it is mentioned as a restriction against reciting the Shema or matrimonial disputes. It is hardly recognizable as a formulaic dress code.

But I don’t think it always will have to be this way. Mormons also have very strict modesty laws. Their laws also relate to all areas of one’s life but there is a dress code as well. Their dress code is updated from time to time. It’s a modern version of modesty. There are some hard and fast rules, but it is not 17th century modesty. It is modern modesty. One who follows their guidelines would certainly be emulating God’s modesty of hiding greatness behind a veil.

Tznius is a good example of this. One can be dressed very respectfully, modestly, and Godly but still not follow the laws of tznius as they are practiced in orthodox Judaism today. Conversely, one can follow the letter of the law of tznius and be the complete opposite of Godly. We all know this is true.

Maybe, if there is enough demand and enough people who won’t look down their noses at people with subjective standards of modesty, the first and second aspects of tznius could be reunited. I don’t expect it to happen quickly, I don’t even expect it to happen at all. But it is something to think about.

Perhaps there will be some sort of reformation within orthodox Judaism and the standards of tznius will be updated to modern sensibilities. I think guidelines that are similar to the Mormon regulations would be far less criticized than the standards we have today. This, coupled with a severe toning down of tznius rhetoric, blame, and false promises of salvation would completely change the tenor of the tznius conversation. We should be talking about God’s tznius. The kind of greatness the Chinuch describes is what our goal should be.

At the very least, I think attempting to emulate God in this manner is valuable. It can improve our lives. We can begin to appreciate the wisdom of universal modesty that applies to men and women in all of our lives. Understanding the circumstances that led to tznius regulations in orthodox Judaism today can also soften the challenge of arcane dress codes at least a little bit. But I think the hopeful part of this article is the most important part. Our collective standards might be able to change if we allow them to change. In our hearts we must know that in theory our goal is to be Godly in a way that is not intended nor should it ever be interpreted as a way to control women, burden women with the brunt of dealing with man’s animalism, some new-agey feminist form of liberation, or the fundamental way women serve God.

Tznius is meant to be a way of emulating God. Let’s bring that back and try to end the current trend of fetishizing tznius. 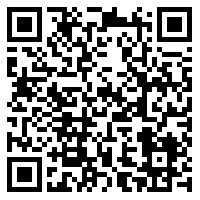