Since the end of World War II, the Arab and Muslim world picked up the fight to “the Jewish Problem.”

The Arabs in Palestine were successful in lobbying the British in impeding Jewish immigrants desperate to leave the Holocaust in Europe with the “White Papers”, likely causing well over 100,000 Jewish deaths. The remaining Holocaust survivors landing on the shores of Palestine after World War II were very vulnerable targets. The Palestinian Arabs enlisted the help of neighboring Muslim countries to complete the genocide of the Jews, killing nearly one per cent of the region’s Jews in the 1948-9 Arab-Israeli War. The Arabs then ethnically-cleansed all Jews from the lands they seized, and forbade Jews from visiting their holiest locations in the Old City of Jerusalem.


Angry at the survival of the Jewish nation, Muslim Arab countries purged their Jews. Roughly 99% of the region’s Jews were forced out, an estimated 850,000 Jews, a total which does excludes the Jews who fled Afghanistan and Iran.

Arab countries attempted to kill all of the Jews in Israel again in 1967, though they failed spectacularly. Stinging from the loss, the Arab League adopted the Khartoum Resolution which called for “no peace with Israel, no recognition of Israel and no negotiations with Israel.” The Arabs soon launched another war against Israel – during Judaism’s holiest day, Yom Kippur – in 1973, while pushing the noxious idea that “Zionism is a form of racism” at the United Nations under the watch of former Nazi, Kurt Waldheim, who was serving as the UN Secretary General.

Meanwhile, Christianity rethought its complicity in the European Holocaust and declared in 1965 that Jews were no more responsible for the death of Jesus than anyone else, and declared clearly that Jews should not be persecuted. Less than 25 years later, the “Iron wall” in the Soviet Union crumbled and allowed thousands of Jewish “refuseniks” to leave the country to Israel and elsewhere.

But the bile in the Arab Muslim world did not let up during this time, even as Egypt made peace with Israel in 1979.

The Palestinians declared themselves to have an independent state in 1988 on all of the land of Israel including the “West Bank” and Gaza, a move which was rejected by much of the western world. At the same time, Hamas introduced its foundational charter calling for the death of Jews and complete destruction of the Jewish State. The group (and other Palestinian terrorist groups) became immensely popular and received funding from Iran and Syria.

Iran and its proxies like Hezbollah, together with Palestinian Arabs, targeted and killed thousands of Jews around the world in the following decades. Iranian leaders have continued to hold Holocaust denial conferences, call for the destruction of Israel and pursue nuclear weapons and long range ballistic missiles.

On the 80th anniversary of the Wannsee Conference, the United Nations approved a resolution condemning Holocaust denial, with only Iran standing in opposition. The story was covered by The New York Times and other media outlets which wrote about the resolution and described today’s prevalent “right-wing” anti-Semitism and completely ignored that the vast majority of anti-Semitism stems from the Islamic world.

Not only will Muslim anti-Semitism not go away by ignoring it, but it may enable the leading state sponsor of terrorism and Holocaust denial to obtain weapons of mass destruction to carry out another genocide of the Jews. 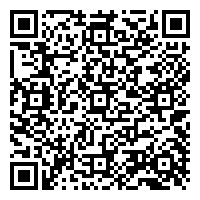