Father’s Day in the USA felt a bit different this year. Beyond the pandemic keeping family members at a distance, was the increased traction of the Black Lives Matter movement due to the recent killings of Black people by police.


One of the statements of the BLM agenda directly addresses the construct of family:

“We disrupt the Western-prescribed nuclear family structure requirement by supporting each other as extended families and “villages” that collectively care for one another, especially our children, to the degree that mothers, parents, and children are comfortable.”

It’s quite a proposition: BLM believes that “Western” society “prescribe[s]” a “requirement” that a family contain two parents taking care of children. They advocate a wide community approach to child-rearing, to the extent that “mothers and parents” would welcome the community’s involvement.

First, the United States doesn’t impose any such requirement. The country has no ban on single mothers, sperm donors, gay parents adopting children, etc. There may be many Americans with a Judeo-Christian notion of a “nuclear family,” but it is not the government. One is left with either concluding that BLM is completely uninformed about US law or it is deliberately attacking Judeo-Christian values.

Second, it is curious that the platform highlights “mothers” but not fathers. Does BLM believe that fathers have no right or say in the upbringing of children? The platform is seemingly deliberately omitting fathers, which leads to a reading of the entirety of the clause above as a motion to get society to fill the gap left by Black men who are not part of a “nuclear family” unit.

Consider a review of the statistics:

Roughly 2/3rd of Black families are headed by a single parent. This rate is multiples of the levels found in Asian and White families (15% and 24%, respectively) and also above the 41% rate found in Hispanic families. One can therefore understand the desire of BLM to bring up this issue – Black families do not look like other families in America.

Exhibit 2: Fathers with Kids Outside of Marriage

While the information on Exhibit 1 does not specify whether the single parent household is headed by a man or woman, Exhibit 2 gives a bit more color: 76% of Black men have children outside of marriage, whether never being married or have a child with a women other than the current wife. That rate is more than twice the rate of White men.

It would appear that the notion of marriage/ monogamy is not part of many Black men’s orientation, and having children outside of the home is not culturally taboo. This is again seemingly the basis for the BLM platform about “disrupting” Western’s view of a nuclear family.

Exhibit 3: Age of Parents, by Race

According to a recent study, the decline in fertility rates is a cultural, not economic one. The analysis concludes that “fertility declines are most strongly associated with factors that are race- or region-specific, not broadly class-specific, as different economic classes appear to have quite similar trends.”

Despite the good level of high school diplomas (Exhibit 4), Black heads of households still lead in poor job security. This is likely tied to being the sole income provider, living in relatively expensive areas with more kids on average. A second income would help cover items like rent, food and clothing. A second person would provide flexibility for someone taking a child to a doctor or visiting school. Overall, it affords the single parent flexibility to pursue other career choices without the need to be counted upon for basic life expenses and events.

Despite the poor job security of the head of household, Black Children have the same rate of health insurance as Asian and White children.

All of these exhibits can be seen coming together in Exhibit 8. There are more Black children living in poverty because their mothers have poor job security as most of them are doing the work of raising children alone. Further, they begin having children at a very young age making it more difficult to save money to invest and buy a home.

This is undoubtedly not news to the drafters of the BLM manifesto but rather than ask for changes in behavior within the Black community, they attack the mother-father family concept advocated in Judeo-Christian society. Further, they call on everyone to step into the gap left by absent fathers to help raise their children.

There is no Father’s Day for BLM, just “Village” Day when everyone is celebrated. 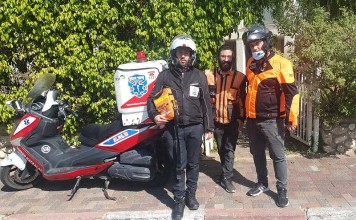 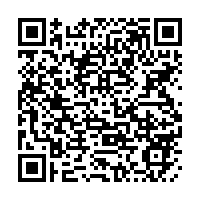