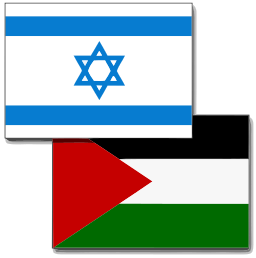 Pro-Palestinians argue vehemently for an independent Arab state and complain about the treatment of Arabs in Israel. One rarely hears what an Arab State of Palestine would be like so perhaps it’s worth a review.

Israel’s Model in a Palestinian State:

Minority population. Non-Jews make up roughly 25% of Israel. Were a Palestinian State to have 25% minorities, they would account for well over 1 million people. But the Palestinian Authority President Mahmoud Abbas has demanded a country completely devoid of Jews. Pro-Palestinians want to see every Jew evicted from the West Bank, leaving it Jew-free, just as Israel did in the Sinai for Egypt (1982) and in Gaza for the PA (2005).


Land ownership. Israelis of all religions buy and sell homes around the country. In a unique and evil law, the Palestinian Authority calls for the death sentence or life of hard labor for any Palestinian Arab selling land to a Jew.

Freedom to Worship. Mosques with minarets dot Israeli cities. Jews, Muslims and Christians can pray throughout the country. However, the Palestinians demand that Jews be denied the right to pray at Judaism’s holiest location, the Jewish Temple Mount in Jerusalem. They clearly don’t expect synagogues in a Palestinian State that doesn’t contain any Jews.

Language. The street signs and currency in Israel are in Hebrew and Arabic as well as English. Upon entering Area A or Gaza which are under Palestinian control, all signs are only in Arabic.

Terrorist group as political party. HAMAS is a designated terrorist group according to the United States, the European Union and many western countries. Still, it sits as the majority of the Palestinian parliament, having won 58% of the seats in elections. If Israel used such format, the Meir Kahane-inspired group Kach would sit in parliament today, but the Israeli government banned them.

Paying for murder. The Palestinian Authority pays the families of terrorists who kill and maim Israeli, encouraging violence. No country in the world has such a “pay-to-slay” program as a cornerstone of public policy.

Naming schools and square for terrorists. The PA names girls schools, soccer tournaments, public squares and many other fora after Arabs who murder Jews. There is no school or basketball in Israel named for Baruch Goldstein, which Palestinian Arabs probably don’t understand.

If Palestinians sought to build a country with 1 million Jews as Palestinian citizens, with the ability to be in parliament, build synagogues and worship freely around the country, acquire property openly and have meaningful jobs without fear of violence, Israel would not only recognize such country but endorse its creation.

If Palestinians would use Israel’s model for dealing with a minority population there would be a Palestinian state today. The lack of a state stems from the PA’s refusal to coexist peacefully with Jewish neighbors. 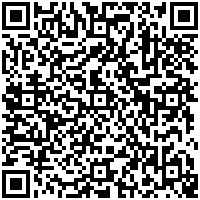