White nationalists held a rally in Charlottesville, VA on August 12, 2017 claiming that America was throwing out its white, Christian and southern traditions. Counter-protestors showed up in an attempt to rebut their views. Violence ensued. A death.

“We condemn in the strongest possible terms this egregious display of hatred, bigotry, and violence on many sides, on many sides. What is vital now is a swift restoration of law and order and the protection of innocent lives.“

The statement of “many sides” evoked the disgraceful statements of the United Nations condemning “all” acts of violence after Palestinian Arab terrorists slaughter innocent Israelis. “Et tu, Brute?”

The mainstream media has used the Charlottesville incident to foster a narrative that has been building for the past two years: that racism is principally a white-male issue, and that it predominantly stems from the south. These white racists have become emboldened under President Trump, who has done little to stem the violence and vitriol.

It’s worth doing a fact check.

Southerners are Less Racist Than Yanks

The FBI does an analysis of hate crimes every year, the last complete year of data being 2015. The frequency of hate crimes in the South is less than in the Northeast.

Bias Attacks in 2015, Average Incident per Number of People

Massachusetts – which elected the most left-wing senator in the country – was the most racist state by a far margin. A person in Massachusetts was 3.5 times more likely to suffer a hate crime than an average person in Virginia or North Carolina.

The FBI report also broke down the hate crime statistics by offender. The statistics go against the commonly held narrative.

History of Racist Attacks Broken Down by Race of Offender

In every year, the likelihood of an average black person committing a hate crime was much greater than an average white person.

White people were pretty consistent in the frequency of their attacks in the 2000-2003 and 2004-2011 periods. However, the frequency of black attacks jumped significantly in the 2004-11 span. But in the 2012-2015, it was the sharp decrease in white racism that accounted for the dramatic change, when attacks by blacks were relatively consistent.

If leadership accounted for the difference in bias attacks, why would white people not change their actions during the first Obama term? Why did black people suddenly change the frequency of their bias attacks in 2004, and not earlier in Bush’s term?

Was Trump’s election a cause for a change in the frequency of attacks by both whites and blacks? The FBI hasn’t completed its 2016 report at this time. But the leap to conclusions about the connection also has a leap to the nature of cause-and-effect.

Why would a black president make white people commit fewer hate crimes, but a white president make blacks commit more? There was no particular race riot in 2004 or 2012 that could account for a particular tipping point in race relations. Is it possible that the trends are outside of leadership influence?

The lazy mainstream media will fill you with stories that support your own biases. Consider looking at actual statistics before jumping to incorrect conclusions that white southerners are more racist than black Yankees, and that leadership is responsible for all of the disgraceful actions of racists.

If a Black Muslim Cop Kills a White Woman, Does it Make a Sound? 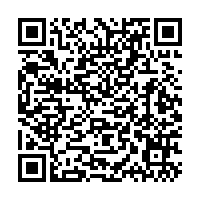