On May 21, 2016, the New York Times ran a front page story “New Tunnels Instill Fear on Gazan Side Too.”  The front page story continued onto page A6 with two black-and-white pictures of attack tunnels dug from Gaza into Israel.

The Times article failed to mention that Hamas was democratically elected to a majority of parliament by these same Palestinian Arabs, based on a public platform that called for destroying Israel. For their part, the Israelis had no role in bringing Hamas to power.

The article correctly pointed out that “the tunnels were the prime rationale Israel gave for its ground invasion of Gaza during the 2014 battle with Hamas.”  However, back in 2014, the New York Times did not think much about those attack tunnels.

As detailed in “The New York Times’ Buried Pictures,” it took three weeks into the 2014 war for the Times to produce any pictures of the Hamas tunnels, even though multiple news sources had already been publishing pictures of them.  When the Times finally decided to write about it in an article called “Tunnels Lead Right to Heart of Israeli Fear,” it published the story underneath a picture of Palestinian Arabs mourning.

The Times author, Jodi Roduren, made light of Israelis fear of the tunnels.  She repeatedly used language to make Israelis fear about seem completely overblown.  Consider her remarks:

One would think that the Israelis were completely paranoid for no reason and dreamed of scenarios that could not take place in the real world.  Roduren seemed to suggest that the Israelis then used the tunnels to advance a “propaganda push” to validate their invasion.

For the New York Times, the war is felt in Gaza and the Palestinian Arabs’ fears are real.  However, for Israelis, fears are overblown in imagined nightmarish scenarios, which the army then uses as a propaganda to conceal their over-reactions.

Even when the left-wing paper can admit that both sides have real fears, it cannot lay blame for the situation on the Palestinians that elected, -and continue to support – this government.

The New York Times Wrote About Computer Hackers Charged by the US and Israel. Differently.

Educating the New York Times: Hamas is the Muslim Brotherhood 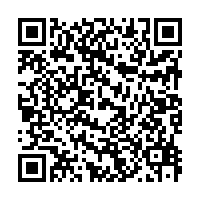