On March 21, 2019, US President Donald Trump said that it was time to recognize Israel’s sovereignty over the Golan Heights. The nature of the timing was viewed by cynics as a nod to help Israeli Prime Minister Benjamin Netanyahu win the election happening in a couple of weeks. For people who understand the nature of the strategic security need for the Golan, the timing had much more to do with the ending of the eight-year civil war in Syria and the rapidly expanding deployment of Iranian forces into Syria. An Iranian-Syrian axis in the Golan Heights would certainly lead to a war with Israel which would kill tens of thousands of people, conservatively.

While there was certainly some benefit politically to Netanyahu for the gesture, the rationale for Israel’s control of the plateau is definitely about security. But the arguments applied to the Golan are relatively weak compared to all of the reasons Israel should have sovereignty over the “West Bank.”

Jews lived in the Golan Heights for thousands of years. The ancient Kingdom of Israel occupied most of southern Lebanon and Syria and dozens of synagogues over 1000 years old can be found in the area. But most Jews did not live in that area, certainly compared to the West Bank, over the past 100 years.

There are no particularly important religious sites for Jews in the Golan. However, almost all of the sacred sites for Jews are located in the “West Bank,” which the Jordanians seized in 1949 including Jerusalem, the Cave of the Jewish Patriarchs in Hebron, Rachel’s Tomb in Bethlehem and Joseph’s Tomb in Nablus/Shechem.

When the global powers opted to divide the Ottoman Empire after World War I, they set some arbitrary lines. The French took the mandates of Lebanon and Syria and the British took Palestine. While the Syrians wanted control of all of Palestine, the global powers allotted Syria the Golan Heights, and Syria controlled the area until Israel attacked it in a preemptive defensive war in 1967.

The situation could not be more different regarding the “West Bank.” That area has always been a core part of the Jewish holy land for thousands of years. It was set as an integral part of the Jewish Homeland in international law in 1920 and 1922, specifically stating that no person should be denied the right to live there based on their religion.

The Jordanian army seized the land of Palestine and annexed it in 1949, contrary to all international laws, and evicted all of the Jewish inhabitants. The Jordanians then attacked Israel again in 1967 and lost the land for which they never had any rights.

The security situation in the Golan is extraordinary, due both to the height and reach of the area which can cover all of northern Israel, as well as the military operation of an Iranian-Syrian pact.

But the security situation from the West Bank is also severe. The spine of the western West Bank is very high and overlooks all of Israel’s major population centers and airport. The miles of borders dwarf the size of borders in the Golan and Gaza.

The contrast between the Golan Heights and the West Bank is striking:

It was President Barack Obama who saw the Israeli-Arab Conflict as one based purely on security. If he were president today and saw Iran embedding itself into Syria, he might have sought to help secure Israel’s rights and defenses in the Golan, just as Trump announced.

But Trump sees the Jewish State from more than just a security or political standpoint. As he appreciates the long history, deep religious connection and legal rights of Israel to the West Bank, one must foresee Trump embracing Israel’s annexation of that region as well.

Maybe Truman Should Not Have Recognized Israel

The US Recognizes Israel’s Reality 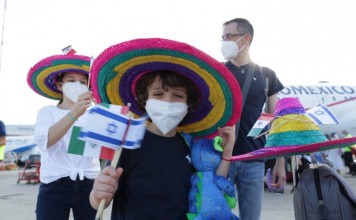 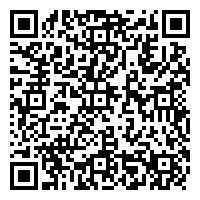