The BDS Movement (Boycott, Divestment and Sanctions) against Israel and Israeli companies has been going on for several years.  According to Professor Eugene Kontorovich, the movement focuses on three main areas: campuses; companies and countries.  He notes that the college campus activities get a lot of attention, but have little practical impact.  The BDS of specific Israeli companies have more direct financial ramifications on the targeted companies (like Sodastream), while actions by countries can have the most severe impact on the Jewish State.


In that light, it is interesting to note the actions of J Street, which describes itself as a “Pro-Israel” group.

There is no question that the country with the largest economic and security relationship with Israel is the United States.  As detailed in “International-Domestic Abuse: Obama and Netanyahu,” the US is by far Israel’s largest trading partner.  Further, Israel relies on the US not only for $3 billion in military aid each year, but protection at the United Nations Security Council.

Therefore, the threat of the United States government putting pressure on Israel is many magnitudes more significant than a group of angry anthropologists on college campuses.  Such US pressure could cripple Israel both on a financial front and the security of its people.

And that is exactly what J Street proposes.

January 2011: “[I]f the [UN] Resolution [condemning Israeli settlements] does come to a vote, we urge the Obama administration to work to craft language, particularly around Jerusalem, that it can support condemning settlement activity and promoting a two-state solution.

While we hope never to see the state of Israel publicly taken to task by the United Nations, we cannot support a U.S. veto of a Resolution that closely tracks long-standing American policy and that appropriately condemns Israeli settlement policy.”

J Street advocated that the United States abandon Israel at the UN Security Council, a place where the US is often the only voice of support.  The statement above was so reprehensible to many, that even devout liberal politician Gary Ackerman (D-NY) condemned the group and stated that he would have nothing to do with it.

In September 2014: “J Street urges the United States government to undertake a thorough review of its policy toward Israeli settlements and to announce the steps it will take if Israel goes forward with this decision. As a first step, it should declare now that it is the view of the United States that settlements are not merely “unhelpful” or “illegitimate” but illegal under international law as laid out in the Fourth Geneva Convention.”

There are many leading international authorities (as well as the government of Israel itself) that clearly lay out why the settlements are neither illegal, nor counter to the Fourth Geneva Convention. However, it was the Jordanian annexation of the “West Bank” in 1950 and the expulsion of all of the Jews from the area that was clearly counter to the Fourth Geneva Convention.

Not only does J Street not side with the Israeli government in this regard, it “urges the United States government” to penalize Israel at the United Nations security council and elsewhere.

These official policy statements of J Street have implications well beyond angry annoying voices at universities.  They put Israel directly at risk.

J Street may make proclamations that they do not support BDS, but their voices and lobbying efforts are actually much more dangerous to the security of Israel. 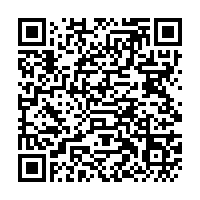