The United Nations, which had wanted Greater Jerusalem and Greater Bethlehem to be an international Holy Basin, neither part of a Jewish State nor an Arab one, still uses the term “East Jerusalem” even though the demarcation has long been erased. Pro-Arab publications like the New York Times have called it “Arab East Jerusalem,” adding a non-Jewish adjective, either to note that the eastern part of the city is 60% Arab and only 40% Jewish, or to distance the Jewish Temple Mount, the holiest place for Jews, from the public sphere. Or both.


As the number of Jews continues to grow throughout unified Jerusalem, the left-wing anti-Zionist publication took yet a new pro-Arab step on April 24, 2021, calling the eastern part of the city “Palestinian East Jerusalem,” in an article which inverted the Arab attacks on Jews and response of Jews to those attacks (but that’s standard reporting for the Times.)

For clarity, Israel granted all Arabs living in Israel in 1948 citizenship and has allowed any Arab living in Jerusalem to apply for Israeli citizenship when it officially annexed the eastern part of the city. Thousands of Jerusalem Arabs have already taken Israeli citizenship and many more have applied and are in process. However, the New York Times has now opted to distance Arabs in Jerusalem from Israel by declaring that they are Palestinian and that the area is occupied Palestinian territory. This is a complete lie, as the area was never Palestinian, just illegally occupied Jordanian territory and the Arabs are either Israeli citizens or residents.

The article written by Isabel Kershner attempted to further the fabrication of a “Palestinian East Jerusalem” with statements like:

These statements are ridiculous. There hasn’t been a dividing line in Jerusalem for 44 years as Jerusalem is a single unified city. Some of the largest Jewish neighborhoods in Jerusalem are in the so-called “Palestinian” side of the city.

For the Times, those facts need to be challenged as often as possible.

In the same article, the paper noted that “Israel annexed East Jerusalem after capturing it in the 1967 Middle East War,” failing to state that Israel didn’t capture it from “Palestine” which didn’t exist, nor that Israel took it from Jordan which had illegally annexed it, nor that Israel took it in a defensive battle. Instead, the Times added that “most of the world considers it occupied territory [by Israel].” An ill-informed reader is left with the false impression that Israel illegally seized Palestinian land.

Conversely, when speaking of the Palestinians claim for the eastern half of the city with quotes of “East Jerusalem is the eternal capital of Palestine,” and that Fatah “praised the Palestinian residents of Jerusalem for defending the city and the Aqsa mosque, the revered Muslim holy site,” it again called the Arabs of Jerusalem as “Palestinians,” noted that Jerusalem was holy to Muslims (the article never said anything like that for Jews) and did not have any counter-narrative as it did in regards to Israel reunifying the city.

To further its jaundiced narrative, the Times wrote about “an extremist Jewish supremacy group,” and “young, Jewish supporters of the Jewish supremacist organization Lehava,” continuing its narrative that Israeli Jews are racists. This is in sharp contrast to Palestinian Arabs who are portrayed as innocents who were prevented from gathering at a “festive meeting place… during Ramadan” by police. The facts that Palestinians are the most anti-Semitic group in the world, voted a Holocaust denier to the presidency and a terrorist group with a charter which reads like a combination of Hitler’s Mein Kampf and the forgery Protocols of the Elders of Zion to 58% of its parliament, never make it into the pages of the anti-Zionist Gray Lady.

The New York Times has taken yet another anti-Israel step in the Arab-Israeli conflict to fabricate a narrative that eastern Jerusalem is an actual Palestinian city, uniquely holy to Muslims, besieged by a racist Jewish State.

Jizyah for Jews in Jerusalem

The Green Line Through Jerusalem

The Jews of Jerusalem In Situ

First One Through video:

The anthem of Israel is JERUSALEM 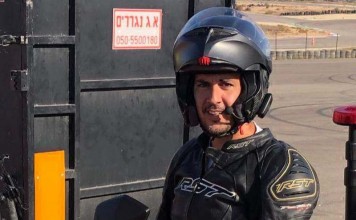