For years, The New York Times has refused to label Hamas as a designated foreign terrorist organization and instead has opted to call it an “Islamist militant group.” That changed on September 5, 2020 but not for a good reason.

The Times went so far to label the group in its headline, “The Justice Department Charges Two With Trying to Support Terrorist Group Hamas.” It seemed a moment to celebrate the Times finally calling out this horrible antisemitic group. However, the two pictures of White men under the title gave immediate pause.

The article said that the “Justice Department on Friday charged two American citizens with ties to a far-right extremist group with trying to support the Palestinian terrorist group Hamas – a case that shows that extremists have sought to turn protests against racism into opportunities to commit violence, but that also runs counter to President Trump’s assertions that those extremists are predominantly from the far left.” It would continue to call a Hamas a terrorist group two more times before continuing that “the Justice Department has predominantly charged members of Boogaloo with crimes, contradicting claims by Mr. Barr and Mr. Trump that far-left extremists are responsible for the violence and crimes that have occurred at protests.”

After a decade of not referring to Hamas as a terrorist group in hundreds of articles which mentioned it, the Times did so FOUR TIMES in a single article as it linked it to a far-right extremist movement. Yet Hamas is not a right-wing movement but an Islamic one, championed by progressives supporting Palestinian Arabs including former Democratic President Jimmy Carter.

The Times is actively moving past its history of ignoring Palestinian Muslim antisemitism and terrorism to actively recharacterizing it as an evil of the right. I wonder whether these efforts will win the praise or scorn of Muslim anti-Zionist Democratic members of Congress like Ilhan Omar (D-MN) and Rashida Tlaib (D-MI).

For The New York Times, “From the River to the Sea” Is The Chant of Jewish and Christian Zealots

Educating the New York Times: Hamas is the Muslim Brotherhood

Even The New York Times Needs to Fire David Halbfinger

For CNN, The Critical Israeli Facts Have No Murdered Jews 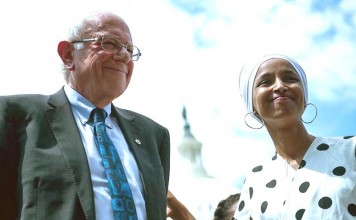 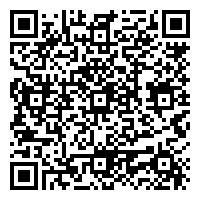