The Jewish new year, Rosh Ha’shana, is celebrated as the anniversary of the birth of Adam, the first human. It also marks the beginning of the Ten Days of Repentance which culminates in Yom Kippur, the Day of Judgment for every Jew each year.

Around the world, Jews read a section of the Bible during the two days of Rosh Ha’ashana. On the first day, Genesis 21:1-34 is read telling the story of Abraham sending his son Ishmael out from his home, and on the second day, Genesis 22:1-24 is read, describing the near sacrifice of Abraham’s son Isaac.


The Torah readings seem like strange choices to mark the beginning of mankind. Why isn’t the story of creating Adam and Eve read on the first day and the story of the expulsion from the Garden of Eden on the second day to highlight the ramifications of sin to capture the essence of judgment? Those would be the obvious selections to mark history by recounting history.

The Bible readings direct us to not narrowly focus on history but on civilization.

While Adam and Eve were the parents of all humanity, they were deeply flawed. Their first two sons fought, with one killing the other. Their surviving sons and daughters committed incest as they populated the world. In reading the story of Genesis, one cannot find a single exchange between humanity’s original parents and any of their offspring. Adam and Eve were seemingly terrible role models for future generations.

The Torah portions of Rosh Ha’shana take on the issue of parenting. Abraham is directed by God to separate his fighting sons. At tremendous personal pain, Abraham sends off the older Ishmael with the promise that he will become a patriarch of a great nation. While Isaac remains with Abraham, God soon commands Abraham to sacrifice Isaac until He stays the execution at the last minute. In sharp contrast to the non-parenting exhibited by the world’s first parents, the father of the Arab and Jewish nations was actively – and painfully – involved with setting each of his sons on a path towards fathering nations.

The theme of how to live with family members is capped at the Yom Kippur mincha service. The very last Torah reading as the Day of Judgment comes to a close comes from Leviticus 18 which deals with forbidden sexual relationships, the majority of which surround family members. Like the readings on Rosh Ha’shana, Jews do not recount the obvious choice – in this case, the Ten Commandments – on their most solemn day; they review how to act in a constructive civilized manner with family in sharp contrast to mankind’s founders.

Jews mark the birth of Adam every year but refrain both from naming it “Adam’s Day” and recounting the family he created, and opt instead to map a course for a healthy thriving society.

This can serve as a template for how many Americans think about Columbus Day. Some people now consider the celebration of a man who was a poor leader as a terrible message for society. Others object to the European takeover of the Americas and choose to call the day “Indigenous People’s Day.”

That is self-righteous inanity.

Columbus’s landing in America was a momentous event for the world in which 99% of humanity was introduced to nearly one-third of the planet’s land mass. It forever changed the course of history.

The anniversary must be marked but, like Adam, not necessarily by idolizing the man. It should certainly not call out the “indigenous people” who did not alter the course of civilization. It is the land that must be considered at such time, not the people. Perhaps the correct name is “America Day” and should celebrate the incredible natural resources and beauty of the two continents.

Important events should be marked by their history and consecrated by the related timeless message, whether in regards to man or land.

The Loss of Reality from the Distant Lights

Kohelet, An Ode to Abel 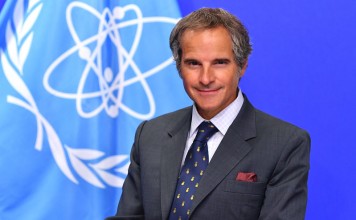 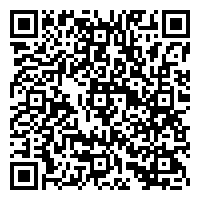