As Passover, Easter and Ramadan all fell at the same time this year, the religious tensions and harmony in Israel came into sharper focus.

Muslims have a history of keeping sites it considers holy intact, even if holy – let alone holier – to non-Islamic faiths. In contrast, they have shown complete disregard for non-Islamic sites that are sacred and important to other faiths.


On April 10, 2022, Palestinian Arabs vandalized the Tomb of Joseph, one of the principle ancestors of the Jews. They smashed the Jewish tomb and set fires to a few rooms in what Israeli Prime Minister Naftali Bennett said was a “frenzy of destruction” as Palestinian rioters “simply vandalised a holy place for us, the Jews.”

Meanwhile, Palestinian leadership from Fatah and Hamas were claiming that Jews were invading the Jewish Temple Mount (which they refer to as the Al Aqsa Compound) which they view as sacred. Arabs attacked Jews walking to the site, stoned Israeli buses bringing Jews to the Old City of Jerusalem, and hurled stones at Israeli worshippers at the western retaining wall of the Mount.

But the Islamists kept the site intact as they considered the site sacred.

The government of Israel had given religious control of the Jewish Temple Mount to the Jordanian Waqf after it reunited Jerusalem in 1967. The Waqf has banned Jewish prayer at Judaism’s holiest site, it blatant disregard of Jews’ basic human rights.

But the Islamists kept the site intact as they considered the site sacred.

In Hebron, Muslims appropriated the Cave of the Jewish Matriarchs and Patriarchs which houses six of the seven forebears of the Jewish people. Muslims call the site the “Ibrahami Mosque,” as they venerate Abraham as the father of Ishmael, the forefather of Arabs. When Muslims controlled the site, they banned Jews from entering the building or even climbing above the seventh step to Judaism’s second holiest site. Israel took control of the site in 1967 after Jordan attacked Israel, and has since divided the holy site into times and sections for both Islamic and Jewish prayer, to the chagrin of Arabs.

But at least the Islamists kept the site intact while they controlled it, as they considered the site sacred.

Jewish history and sacred sites in their holy land has often been destroyed if the location held no religious value to the non-Jews. Last year, the Palestinian Authority demolished part of Joshua’s alter on Mount Ebal in Area B under Palestinian Authority control. On the Jewish Temple Mount, the Northern Branch of the Islamic Movement conducted illegal renovations and disposed of over 9,000 tons of dirt mixed with invaluable archaeological artifacts which the Temple Mount Sifting Project has been painstakingly sorting even though the objects are no longer in situ.

The Kotel may only be in existence today because Islamists considered it the “al-Buraq Wall.”

The Jewish State has done its utmost to respect the history and sanctity of Jewish and non-Jewish locations throughout the holy land. However, Islamists destroyed and vandalized sites significant to other faiths that they do not value, while seeking exclusive control and rights of the religious sites that they appropriated from Jews.

The Islamist scars in the holy land have left Jewish sites destroyed where viewed as un-Islamic, or appropriated within their Islamic religion, and banned for Jewish prayer. 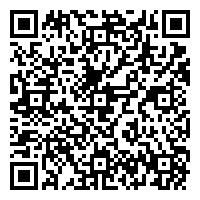