In March 2010, Vice President Joe Biden visited Israel with the hope of pushing the Palestinians and Israelis towards a peace agreement. A 10-month settlement freeze which Israeli Prime Minister Benjamin Netanyahu announced in November 2009 was just drawing to an end with no engagement by the Palestinian Authority over the duration, but Biden was trying to move the parties forward.

Not long after he arrived, Israel announced the advancement of 1,600 homes in the Jerusalem neighborhood of Ramat Shlomo which is located north of the 1949 Armistice Lines. In response, Biden scolded Israel, saying “I condemn the decision by the government of Israel to advance planning for new housing units in East Jerusalem.” The statement using “condemn” was shocking, as it is normally only used regarding terrorism. Netanyahu’s 10-month freeze also never included any construction in any part of Jerusalem, so the Israeli activity was not surprising.

Further, it is important to understand Ramat Shlomo.

Ramat Shlomo is not a vacant plot of land, it is not privately owned by Arabs and it is not located in the middle of Judea and Samara / the West Bank. It is an established Jewish neighborhood in Jerusalem.

Things finally turned around in 2018 with 500 new apartments commencing construction, the most in Jerusalem according to the Jerusalem Institute. The neighborhood also had the largest voter turnout for municipal elections in 2018, with 83% of eligible voters, indicating a highly engaged populace.

As the U.S. presidential election season moves into high gear, people will consider Biden’s relationship with Israel and the 2010 Ramat Shlomo incident will surely be discussed. It is therefore worth reviewing how Biden’s highly critical comments slowed the natural growth of that residential Jewish neighborhood in Jerusalem for many years until just recently.

Time to Define Banning Jews From Living Somewhere as Antisemitic

The Jews of Jerusalem In Situ

Related First One Through videos:

The Anthem of Israel is JERUSALEM

E1: The Battle for Jerusalem (music by The Who) 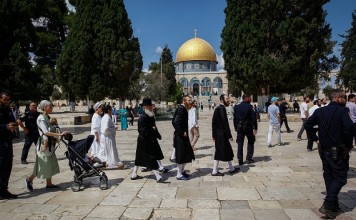 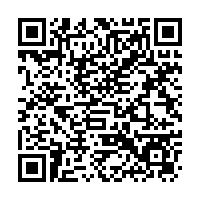