Summary: Imagine perceiving the future when you cannot see the present nor recognize the past.

One of the most famous paintings in the Sistine Chapel in the Vatican is by Pietro Perugino, entitled “Christ Handing the Keys of the Kingdom to St. Peter”. The painting itself is notable for several important contributions to the world of art such as displaying three dimensions using linear perspective and a vanishing point. The subject matter is also an interesting metaphor for the Israeli-Palestinian conflict today.

The subject of the painting reflects the establishment of the role of the pope in Catholicism. Jesus’s handing of the “keys of heaven” to his disciple Peter was considered establishing a connection between earth and the heavenly realm.

The center of the painting focuses on the actual handing of the keys: one key is held by Jesus, while a second key remains dangling in the foreground. The viewer does not really notice two keys, but a single dangling key. From that key, eyes are drawn up towards the open doors of the Temple of Solomon, displayed as an interpretation of the eight-sided Dome of the Rock. This is a metaphor of the connection between the divine to the physical and up again to the divine: the keys connecting Jesus and Peter, and then the dangling key from Peter to the Temple.

In the painting, the Temple of Solomon is sitting on a plaza surrounded by people and triumphal arches of Constantine. It was the emperor Constantine that welcomed Christianity to the Roman Empire in 325CE. While the Temple of Solomon sat in Jerusalem, these arches were in Rome, near the Vatican. By integrating these themes, Perugino brought Jerusalem to Rome and had Christianity flanking the holy Temple.

The Metaphor of Keys

Keys are often used as metaphors in art and poetry. Keys are not only tools for gaining access, but connote ownership. The holder of the key is considered both the rightful owner of whatever is locked, and is the sole person who has the means of gaining access to whatever the lock has sealed. In the case of this famous painting, Jesus holds the heavenly key in gold, which is paired with a darker key for Peter. The twining is a partnership bridging heaven and earth, with Peter as the rightful owner of the earthly key. The key itself opens the Temple in Jerusalem, the physical gateway back to heaven.

The brilliance of the painting lies in the suspension of the dark key. Set against a plain background in the center of the painting, a viewer has no choice but to be drawn to it. The key anchors the focus, and the story is built around it.

The Middle East has a long history of using keys, both physical and metaphorical. In 1917, the Mayor of Jerusalem handed over “keys of Jerusalem” to British General Allenby as a sign of surrender, and in 1841,the Ottomans handed the keys to Rachel’s Tomb in Bethlehem to Jews as a symbol of their control of the holy site. Even today, the Church of the Holy Sepulchre has a key that is held by a Muslim family as was the tradition dating back to 1246, even though the church has no religious significance to Islam. 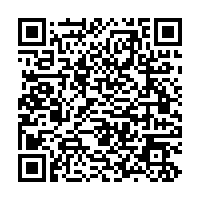