On January 26, 2015, United Nation’s Secretary General Ban Ki-Moon stated that it was “human nature” for the Palestinians to attack and kill Israelis on the streets, in a statement that was roundly criticized by pro-Israel advocates. Just a few weeks later, on February 18, 2016, Nickolay Mladenov, Secretary-General’s Special Coordinator for the Middle East Peace Process, made a more balanced report to the UN Security Council. His comments included:

“The issue of incitement runs to the heart of the current climate of tension and fear. It is essential that authorities on both sides do more to address this scourge. I am particularly concerned that some Palestinian factions continue to glorify violence and terror. Such acts only contribute to tensions and violence.   Governance reforms must also remain a central commitment for the Palestinian Authority.

Volatility persists in Gaza amidst a tenuous security situation. The collapse of another four tunnels — bringing the total to date this year to five — and the continued test firing and launching of rockets at Israel indicate that Hamas continues to directly threaten the security of Israel. Such actions risk not only people’s lives but the fragile reconstruction process in the devastated Strip.”

The Mladenov comments were much more specific than Ban Ki-Moon has been about Palestinian incitement to violence and Hamas’s threats against Israel.  Ban would only generally refer to incitement by both Israelis and Palestinians and never refer to Hamas at all.

Perhaps a giant breakthrough at the United Nations, that it is active incitement by the Palestinians to commit murder, and not “human nature” that is causing the deaths of hundreds?

Don’t be too sure.

Even while Mladenov more specifically placed blame on Hamas, he still urged for a Palestinian government that included the group, just as Ban has.

Mladenov stated that “[a]dvancing genuine reconciliation on the basis of non-violence, democracy and PLO principles is a key priority. I welcome the recent unity talks in Qatar and urge all sides to continue their discussions and implement previous agreements, particularly those brokered by Egypt. The formation of a National Unity Government and long-overdue elections are vital to laying the foundations of a future Palestinian state.”  Those comments suggested that either Hamas’s threats and acts of violence are a passing phase, or not objectionable to be part of a ruling Palestinian government.  In this regard, he echoed the sentiments of the Secretary-General who said:

“I strongly urge the Palestinian factions to advance genuine Palestinian unity on the basis of democracy and the PLO principles.   Reconciliation is critical in order to reunite the West Bank and Gaza under a single legitimate Palestinian authority.    Healing Palestinian divisions is also critical so that Palestinians can instead focus their energies on establishing a stable state as part of a negotiated two-state solution.  Genuine unity will also improve the Palestinian Government’s ability to meet pressing economic problems, which are adding to the frustration and anger driving Palestinian violence.”

The urgency to place Hamas into the Palestinian Authority, even while it promotes the murder of Jews, is a critical part of the UN strategy.  Perhaps it is because those violent actions threaten “the fragile reconstruction process in the devastated [Gaza] Strip,” which is a key UN concern.

Mladenov’s comments are a baby step forward for the United Nations on Israel: words that finally call out the Palestinian incitement and threats.  Unfortunately, the UN still urges for flawed policies to elevate the terrorist group. 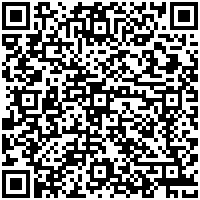