The month of September brings the most perfect weather to much of the world. Not too hot during the day and not too cold in the evening, people can be comfortable without the need for artificial air conditioning or heat.


Those are the Goldilocks days, which are, unfortunately, just a few weeks long.

However, as the autumn moves on to October and the nights get colder, people turn on their heating systems that had been dormant for months. Several states have laws that demand that beginning October 1, landlords must begin to provide heat. Yet there is no equivalent requirement for landlords to provide air conditioning in the hot summer months.

The rationale for forcing landlords to provide heat is about safety. People could become extremely sick or freeze to death if the temperature drops too low. Such a situation would likely force the individuals to turn on their stoves and ovens or light candles for heat, all of which could produce a massive fire killing many people and destroying property. The dangerous situation would stem from primary (the freezing cold itself) and secondary (the actions that people would take in reaction to the cold temperature) events.

The dynamic in the summer months is not so dire. People could dress lightly and use fans to cool off. The probability of someone dying from heat would only happen in extreme circumstances. As such, governments do not force landlords to supply air conditioning to their tenants.

The government intervention in matters of heat and air-conditioning revolves around safety, not comfort. Just as it does for free speech.

The First Amendment to the US Constitution gives people the right to free speech. Some people have argued that such right is absolute and that the government cannot provide any exceptions which ban people’s expressions. However, the government has placed laws which curtail some forms of speech.

Consider Justice Oliver Wendell Holmes Jr.’s 1919 opinon in Schenck v. United States, which limited free speech in certain situations. Holmes wrote that “The most stringent protection of free speech, would not protect a man in falsely shouting fire in a theatre and causing a panic…. The question in every case, is whether the words are used in such circumstances and are of such a nature as to create a clear and present danger that they will bring about the substantive evils that Congress has a right to prevent.”

The courts clarified this opinion in 1969’s Brandenburg v. Ohio when it wrote”the constitutional guarantees of free speech and free press do not permit a State to forbid or proscribe advocacy of the use of force or of law violation except where such advocacy is directed to inciting or producing imminent lawless action and is likely to incite or produce such action.”

The courts ruling on free speech are similar to the rules on providing heat: the line between what is allowed and disallowed surrounds safety. It has nothing to do with the comments themselves nor around discomfort.

While this may appear basic, it has been upended and questioned in recent times.

Politicians and media sources recently argued that only right-wing racist calls to violence should be illegal. However the courts make clear that ALL calls for violence are illegal, including from far left extremists.

Free speech has NOTHING to do with political views and everything to do with safety.

There is a lot of speech that is hateful and offensive. Consider Pamela Geller’s Draw Mohammed Contest in 2015 which offended Muslims, or students at University of California Berkeley that wore shirts “White Man Bow Down” in 2017 which deliberately targeted and offended white men. The Draw Mohammed contest did ultimately result in violence while the racist behavior of the black Cal Berkeley students did not. But both initial expressions were considered lawful as there was no incitement to violence in the present.

The vast majority of speech is benign and enjoyable, like the Goldilocks days of September. Yet as more people take to the streets and social media to express themselves in more confrontational ways, we should be mindful of whether the temperature of the language is simply hot and uncomfortable, or dangerously cold that must be stopped. University students can escape to “safe spaces,” much like running to an air-conditioned mall on a hot summer day. But we must be mindful that the lines of safety not be crossed from either side of the political spectrum.

Active and Reactive Provocations: Charlie Hebdo and the Temple Mount

We Should Not Pay for Your First Amendment Rights

The Monumental Gap between Nikki Haley and Donald Trump 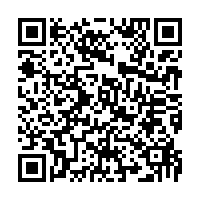