On Yom Kippur, Jews atone for the sins of the past year, and they make amends. It is a time of self-reflection and self-criticism.

I was raised Christian (although it never caught on me; I was always and still am an unabashed atheist), but I cannot think of anything equivalent to Yom Kippur in Christianity. I doubt that Islam has anything similar either. That is unfortunate because if there is one thing that Christians and Muslims need more than anything else, it is atonement and self-reflection.

Ironically, the area where Christians and Muslims most need atonement and self-reflection is in the way that they have treated Jews over the centuries.

Christian antisemitism has a long history in Europe, including of course, but not limited to, the systematic murder of six million Jews for no other reasons than they were Jews.

Muslim antisemitism was not historically as brutal as Christian antisemitism although Jews were expected to live as dhimmis with lesser rights than their Muslim compatriots.

Far from having disappeared, Christian and Muslim antisemitism are still with us today, perhaps more virulent than ever. Modern Muslims, unfortunately, have caught up with Christian antisemitism by making the demonization and destruction of the Jewish state their most widely shared cause.

While Jews atone for their sins at this time of the year, there is no atonement at any time of the year for the sins committed against Jews. Few Christians and even fewer Muslims even recognize anti-Zionism as a sin. Instead, they see it as a virtue, and they feel proud and righteous.

So this year, in addition to wishing Jews G’mar Hatimah Tovah (May you be inscribed in the Book of Life for Good) or Tzom Kal (Have an easy fast), Christians and Muslims, particularly those who consider themselves anti-Zionist, should try to understand the Jewish tradition of Yom Kippur and should try to apply it to themselves.

If Christians and Muslims honestly self-reflect and do the necessary fact-finding, they will realize that anti-Zionism is nothing but a hypocritical version of antisemitism, and they will start seeing the Israel-Arab conflict in a very different light. This is the atonement that I wish would occur. 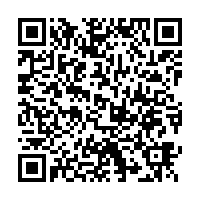