Israel ended the occupation of Gaza in 2005 which led to the strip being taken over by terrorists who have been attacking Israel ever since. Fourteen years later, the Gaza situation is still not resolved. This experience demonstrated what an unconditional and unilateral withdrawal by Israel looks like.

Unlike Jerusalem and the Golan Heights, Israel has not extended Israeli law in Judea and Samaria, also known as the West Bank, and there is no serious proposal by any leading Israeli politician to do annex these territories. The reason is obvious. If Israel annexed all of Judea and Samaria, it would have to choose between two unsavory options:


For this reason, the only way to end the occupation of the Palestinians in Judea and Samaria is disengagement.

The Gaza experience is often used to reject disengagement in Judea and Samaria, but Israel can end the occupation using a very different approach than the one used in Gaza, and there is no reason why that cannot start immediately.

The occupation translates into significant costs for Israel which Israelis are acutely aware of:

For the disengagement to be successful, Israel must ensure that some basic principles are applied, such as the following:

The following is an example of what the stages could look like:

Each transition to a new stage would be contingent on certain criteria being met by the PA, such as:

The purpose of these criteria is to protect Israel’s security and to help ensure that the next stage is successful.

This approach has the following advantages:

The ongoing election campaign in Israel is a good opportunity for leading Israeli politicians to suggest such an approach.

With this approach, the PA could choose to keep the Palestinians of Judea and Samaria under occupation indefinitely, or it could choose the path to statehood. The PA would no longer be able to credibly blame Israel for the lack of a Palestinian state. At the same time, Israel would be taking necessary steps towards protecting its strong Jewish majority and towards ending a costly occupation that it never wanted.

*EDITOR’S NOTE: The opinions expressed are solely those of the author. 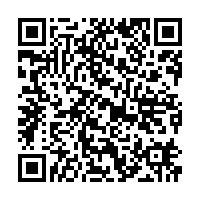