During World War II, the struggling and impoverished Jews of pre-state Israel did everything in their power to try to help the Jews of Europe who were being annihilated by the Nazis. In her book on Golda Meir, Francine Klagsbrun wrote at length about Meir’s role in that desperate quest.

Meir said at that time, “We can no longer speak of Aliyah the same way we did ten years ago. Now it is a matter of bringing in every Jew, not because he’s a farmer [who could work the land], but because he’s a Jew”. She also said, “There is no other Zionism now except for the rescue of Jews”.


But despite their best efforts, the Jews of pre-state Israel could do very little. The allied forces, who could have done much more, did nothing to help. In fact, they facilitated the massacre by blocking entry to Jewish refugees into their own countries and even into pre-state Israel.

The Arab people – my people – also hold a large part of the blame for that tragedy. Not only did prominent Arabs of that time, such as the Mufti of Jerusalem, Haj Amin al-Husseini, openly support the Nazis, but also the Arabs under the British mandate put tremendous pressure on Britain to block Jewish immigration into pre-state Israel.

Britain complied with Arab demands in order to keep some semblance of support from the Arabs against Nazism, even though far more Jews than Arabs joined the British forces. The British were not concerned about losing Jewish support since the Jews could never have sided with the Nazis.

Not only did we Arabs reject the Jews’ legitimate right to return to land that they had at least as much right to inhabit as we did, but by our actions, we also ensured that they would be killed. Our xenophobia facilitated the worst massacre in history, the killing of six million Jews for no other reason that they were Jews.

As an Arab, I am disgusted by the role that we Arabs played in the Holocaust, and by the fact that we still have not apologized or even recognized that role.

I am disgusted that even after the reality of the Holocaust was widely known and that barely-alive and emaciated survivors emerged from the death camps, we did not find it in our hearts to accept the tiny Jewish state that the United Nations offered the Jews in the UN Partition Plan of 1947.

I am disgusted that we fought the Jews in an attempt to deny them the right to self-determination on land that they had inhabited for 3000 years.

I am disgusted that we are still fighting the Jews, 70 years later.

I am disgusted that an athlete from an Arab country that is supposedly at peace with Israel, cannot put his hatred aside long enough to shake the hand of an Israeli athlete.

I am disgusted that antisemitic hatred is today the largest and most consistently followed religion in the Arab world.

Sane Arabs, if there are any, must speak up.

It is not enough to stay quiet and shake our heads at the likes of Hamas and Hezbollah. We must speak up and end this madness. As long as we don’t speak up, the voice of hatred is and remains our one and only voice. 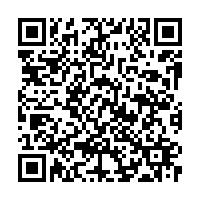