The civil war in Syria is no longer just about Bashar al-Assad, and even less about the desire of some liberal Syrians to have a more democratic government, personal freedom and economic development. It has become the front line in the Iranian war against the West, whose intermediate objective is to eliminate Israel, seen as a U.S. base.


Iran and Hezbollah, its Lebanese proxy, are building a network of militias inside Syria to preserve and protect their interests in the event that President Bashar al-Assad’s government falls or is forced to retreat from Damascus, according to U.S. and Middle Eastern officials.

The militias are fighting alongside Syrian government forces to keep Assad in power. But officials think Iran’s long-term goal is to have reliable operatives in Syria in case the country fractures into ethnic and sectarian enclaves.

A senior Obama administration official cited Iranian claims that Tehran was backing as many as 50,000 militiamen in Syria. “It’s a big operation,” the official said. “The immediate intention seems to be to support the Syrian regime. But it’s important for Iran to have a force in Syria that is reliable and can be counted on.”

Iran’s strategy, a senior Arab official agreed, has two tracks. “One is to support Assad to the hilt, the other is to set the stage for major mischief if he collapses.” I think we can safely say that direct Iranian control of Syria via Hizballah is worse for Israel than the indirect control now being exerted via Bashar al-Assad. Despite the degree to which opposition to the existence of a Jewish state is fundamental to the Assad regime, it has been possible to convince the Syrian ruler that direct confrontation would lead to the total destruction of his military capability and the end of his reign. It is much harder to apply deterrence in the same way to a non-state proxy like Hizballah.

Even if Syria fragments along ethnic lines, which seems likely in the event of Assad’s collapse, a Hizballah-controlled enclave will serve Iran’s interests as a conduit to Hizballah in Lebanon:

In a divided Syria, Iran’s natural allies would include Shiites and Alawites concentrated in provinces near Syria’s border with Lebanon and in the key port city of Latakia. Under the most likely scenarios, analysts say, remnants of Assad’s government — with or without Assad — would seek to establish a coastal enclave closely tied to Tehran, dependent on the Iranians for survival while helping Iran to retain its link to Hezbollah and thereby its leverage against Israel.

Experts said that Iran is less interested in preserving Assad in power than in maintaining levers of power, including transport hubs inside Syria. As long as Tehran could maintain control of an airport or seaport, it could also maintain a Hezbollah-controlled supply route into Lebanon and continue to manipulate Lebanese politics. There are other elements among the Syrian rebels who would also be dangerous, some associated with al-Qaeda, who could turn parts of what is today Syria into terrorist no-man’s lands.

Israel could theoretically support Assad to try to keep the status quo. But this means keeping Syria as Iran’s base in the eastern Mediterranean. Iranian arms would continue to be supplied to Hizballah in Lebanon, and certainly efforts to transfer more advanced weapons or WMD would continue. There is also the ‘small’ problem that this would mean supporting a mass murderer, someone who is coming to define the concept of a vicious despot. He is a son of a gun, and he would not even be “our” son of a gun.

Assad, after all, is only a a bit player in this drama. The real villain is the Iranian regime, which has colonized Syria and is colonizing Lebanon in its attempt to squeeze out U.S. influence in the Middle East (and as a by-product destroy Israel and become the hero of the Muslim world).

Furthermore, Hizballah does not only threaten Israel. Its terrorist web spans the world, and it is becoming particularly powerful in Latin America. It is the tool Iran will use to confront the U.S., once it has gotten those pesky Jews in the Middle East out of the way. 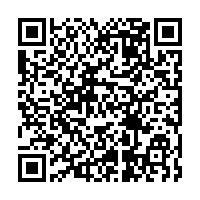