Yesterday in the Washington Post, Max Fisher notes an article by an Iranian state-run news organization blaming “Israeli death squads” for the Sandy Hook massacre. After describing the contradictions in the article and its deranged source, one Michael Harris, he concludes,

The PressTV story is sad and upsetting, mostly for its incredible insensitivity but also, to a lesser degree, for the obvious bankruptcy of Iranian propaganda. Who, exactly, is this story supposed to convince? Iran is not North Korea; information flows in and out of the country much more freely, and though public attitudes toward the United States are not exactly warm, nor are they so twisted by hatred or ignorance that such an outlandish story as this would seem likely to convince many readers. And, beyond the Mike Harrisses of the world (he also blames last year’s Norway shooting on Israel), it doesn’t seem likely to exactly turn American opinion away from Israel or toward Iran. And yet here it is, outrageous, offensive, and clearly counterproductive, for all the world to see.

Mr. Fisher, I’m afraid you don’t know the half of it. In addition to practically the entire Arab world (which also believes that Zionists train wild boars, sharks, vultures and other animals to attack or spy on them), there is a large sector of Americans — like Michael Harris — who believe such theories. I won’t link to it, but the article has already been reposted on the neo-Nazi website Stormfront, where it is the subject of serious discussion. And don’t get me started on 9/11 conspiracy theories, many of which blame the Mossad.

Unfortunately, the percentage of humans whose thinking is rational is probably in the single digits (OK, this is a guess). And nothing triggers the irrational conspiracy center located not-so-deeply in the human brain better than a conspiracy that involves Jews or Israel.

There is nothing mystifying about their use of this story. It is effective propaganda for many in their audience.

Just keep in mind that PressTV also likes Chuck Hagel, whom they call “an outspoken critic of the Zionist lobby in Washington.” 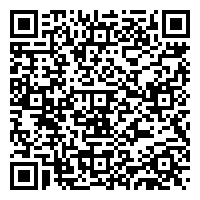