Somewhere between 68 and 70% of American Jewish voters went for Obama, depending on whose exit poll you believe. Israelis that I talk to are mystified. “Are they crazy? What were they thinking?” they ask.

It’s not really mystifying. Here are some general facts about non-Orthodox and secular (the large majority) American Jews:


Although they will say that they support Israel, they do not know the history of the Middle East and the 100-year old conflict over Jewish sovereignty. They are well-educated, which means that they went to universities where, if they studied the conflict, they are likely to have been assigned books and articles by the revisionist (read: anti-Zionist) historians. They will certainly have been exposed to numerous lectures and films presented by Palestinian advocates and student groups. If they are left-of-center and engaged in antiwar or other ‘progressive’ causes, they will certainly be bombarded with extreme anti-Israel propaganda as well.

They tend to be liberal, which means that they get their news of current events from sources like the New York Times, NPR, MSNBC, etc. What they will see and hear will generally confirm their mildly left-wing beliefs, but in one area — Israel — will be consistently and deliberately biased to an extreme degree.

They are very concerned about what they perceive as the danger of a Christian takeover of American society, in which Christian symbols and prayer will be officially sanctioned in public places, abortion and contraception will be prohibited on religious grounds, their children will be required to sing Christmas carols, etc. They associate Christianity with antisemitism — but do not seem to be alarmed by growing antisemitism on the Left, or in the black community.

They are less threatened by Muslims, whom they see as another minority in the US who suffer from discrimination, like blacks and Jews. They seek interfaith cooperation, and are not alarmed by the treatment of Islamist organizations as mainstream by the administration.

Although today many are financially successful, they are suspicious of “big business” and — not entirely incorrectly — feel that the population is being ripped off by corporations like banks, pharmaceutical companies, etc. They are pro-union. But they are not as worried by the fact that the tax burden on them is rapidly rising while government services that actually benefit people are falling. As liberals, they tend to be less concerned about the increasing power and intrusiveness of government than the loss of privacy to corporations.

Finally, as well-educated liberals, they find it hard to criticize Barack Obama, who presents himself as ‘black’, lest they be guilty of racism, a secular blasphemy punishable by total social ostracism.

Not everything I’ve said applies to all American Jews — there are conservatives among them, and some who take both conservative and liberal positions on various issues. There are Orthodox Jews who are more conservative, and even haredi anti-Zionists (who knows how, or even if, they vote). But I think my generalizations are, er, generally, correct.

So along comes Mitt Romney, a guy who represents corporate power if anyone does, who draws support from the Christian Right — at least, at the beginning of the campaign when he plays to the conservative base — and who complains about ‘big government’ and threatens to undo the only liberal success of the Obama Administration, Obamacare.

He is at a huge disadvantage from the start. And the issue of Israel has little or no power to sway American Jews, because, as I’ve argued, deep in their hearts they are not sure that Israel is not really a colonialist oppressor of third-world Palestinians. In an emotional sense, many of them are not with Israel.

We know that politics is mostly emotional, so when Republicans or pro-Israel Jews presented arguments that Obama was not a friend or Israel, they bounced off. Accepting and acting on them would mean going against their deeply felt liberalism and voting Republican, something many could not bring themselves to do. And their pro-Israel feeling is not strong enough to push them over the edge. So they looked for reasons to justify their emotional position.

The Obama campaign presented simplistic talking points to ‘prove’ that he is pro-Israel. They did not have to stand up to analysis. Liberal Jews were looking for a rational excuse to justify their emotional stance, and the talking points provided one. 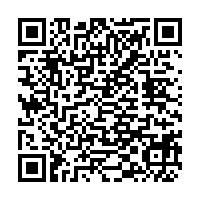