One of the first things Barack Obama did after taking the oath of office (which he actually did on Sunday, January 20, as prescribed by the Constitution) was to submit a list of candidates for cabinet-level posts. One of these was Secretary of Defense, and his nominee was Chuck Hagel. I’ve had a lot to say about Hagel’s views about issues related to Israel, all bad.

But this post isn’t about Hagel. It is about another cabinet-level appointment, that of John O. Brennan, Obama’s counter-terrorism adviser (actually “Deputy National Security Advisor for Homeland Security and Assistant to the President”) as head of the CIA.


What do we know about Brennan? He held several important posts in the CIA, including station chief in Saudi Arabia from 1996-99. His academic background includes the study of Arabic and Arab culture; he received a B.A. in political science from Fordham University, including a year abroad at the American University in Cairo, and an M.A. in Government specializing in Middle Eastern Studies from the University of Texas at Austin. He speaks Arabic ‘fluently.’

Now there is nothing wrong with having this kind of background. After all, insofar as the threat of terrorism is a major concern, and the fact that almost all terrorism today emanates from the Arab and Muslim world, the CIA director can’t know too much about it.

But on the other hand, there is the phenomenon of the ‘Arabist’ — the Westerner who studies Arabic and is so taken by the culture that he adopts the Arab worldview and politics. T. E. Lawrence is probably the most well-known, but contemporary examples abound (for example, the academic Juan Cole).

If you  believe that the phenomenon of Islamic terrorism is related to specific grievances held by ‘extremists’ who are exploiting the essentially peaceful religion of Islam for their purposes, then possibly having a CIA director who is an Arabist is not a problem.

But on the other hand, if you believe that we are experiencing the beginnings of a true civilizational conflict between Islam and the West, then it could be a big problem indeed.

So is Brennan an Arabist in this sense? I’m not sure.

In February 2010, Brennan spoke to Muslim students at NYU in a meeting ‘facilitated’ by the Islamic Society of North America (ISNA). His talk can be found in these four video clips: here, here, here, and here.

In the first one, he says that Islam is “a faith of peace and tolerance and great diversity,” something which I suspect the Coptic Christians of Egypt would dispute. He can be heard speaking in somewhat rusty Arabic. He describes meeting Muslim students from various countries including “Palestine,” and refers to “al-Quds, Jerusalem” — where, he says, the three faiths for whom the city is holy show that they can coexist despite tensions. (But he fails to note that this has only been the case since the city has been under Jewish control!)

Later, he discusses at length the problem of prejudice against Muslims in America and the need to protect their rights, but he does not mention the very real lack of rights experienced by non-male or non-Muslim populations in Muslim-controlled lands.

He praises the Saudi monarchy for the stewardship of the holy cities of Islam and the haj, but does not talk about the brutal, medieval darkness of that kingdom where slavery flourishes and petty thieves have their hands cut off.

He praises ISNA and other Muslim organizations for working to protect the rights of Muslims, but does not mention their involvement in fund-raising for Hamas or other terrorist groups, or their connection to the Muslim Brotherhood. In fact, he criticizes the U.S. government for interfering with the obligation for Muslims to practice zakat — charity.

Brennan is 100 percent on board with the Obama policy that our enemies consist only of “al-Qaeda and its extremist allies,” organizations that have distorted the peaceful nature of Islam. In fact, he opposes the use of the word ‘jihadists’ to refer to Islamic terrorists, because:

They are not jihadists, for jihad is a holy struggle, an effort to purify, for a legitimate purpose. And there is nothing, absolutely nothing holy or pure or legitimate or Islamic about murdering innocent men, women and children.

As I argued in response to similar remarks in 2009 — Brennan misunderstands the nature of our enemy:

Doubtless Osama bin Laden believes that his jihad against the U.S. is a “holy struggle for a moral goal.” But Brennan’s definition leaves out the historical meaning of ‘jihad’ as an expansionist, offensive struggle against non-Muslims, an aspect which is still very much part of the concept in the minds of many present-day Muslims (for an exhaustive and persuasive analysis of this topic, see Daniel Pipes: “Jihad and the Professors“)…

… jihad in this sense was highly important in the past and has been reemphasized by modern Islamist thinkers like al-Banna and Qutb.

Brennan clings to the idea that we can somehow undercut the spread of violent Islamist ideology by employing economic development and education to fight the “ignorance” that allows al-Qaeda to recruit:

I think Brennan underestimates the pull of the militant Islamist ideology itself, especially in Arab cultures. After all, the leadership of radical groups like al-Qaeda, Hamas, Hizballah, etc. are all well-educated, and in the case of bin Laden, quite wealthy. It can be argued that in some cases — like the Palestinian Arabs, who have probably been the recipient of more Western ‘development’ aid than any other similar group — there are religious/cultural pathologies that work against political stability and economic development, as well as making the culture fertile ground for radical ideologies.

So when Brennan suggests that we need to attack these ‘conditions’ as well as fight ‘extremists’, he misses two points:

Since 2010, militant Islamism has made great advances in the Middle East, and it is becoming harder and harder for those like Brennan to claim that it is a distortion of the peace and beauty that is “mainstream” Islam. Has he changed his thinking?

We may find out. Unlike the position he holds today, his new job requires Senate confirmation. 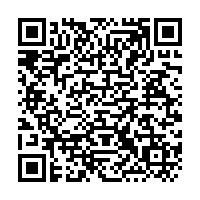