What if Americans woke up to hear on the morning news that Canada had tens of thousands of missiles, many with chemical warheads, aimed at them? And that the Canadian government — a vicious enemy of the U.S. itself — was losing control of these weapons, which were in danger of falling into the hands of terrorist groups that were sworn to destroy the U.S.?

And what if, at the same time, it was reported that Mexico — whose president had recently called Americans “bloodsuckers, warmongers … descendents of apes and pigs,” and said that Mexicans should “nurse their children on hatred” for the U.S. — was descending into chaos, unable to feed itself but still, above all, obsessed with hatred for its neighbor.


If that wasn’t enough, suppose the newscaster reported that terrorists who had taken over a coastal strip of California from the Mexican border to Monterey — who had pelted the rest of the country as far as Washington D.C. and New York City with deadly missiles a few months ago — had instituted military training in high schools to produce the “next generation of resistance fighters” who would “liberate the land” occupied by those pesky Americans.

Finally, what if, say, Venezuela was developing nuclear weapons and every other day one of their officials promised to root out the ‘cancer’ that was the U.S.?

I didn’t mention that the U.N. is planning yet another resolution condemning Israel, or that Jew- and Israel-hatred is reaching new heights worldwide, especially in Europe and of course the U.K. Or that the president of the U.S., Israel’s main ally, has nominated three more or less anti-Israel candidates for Secretary of State, Secretary of Defense and CIA director.

But despite all this, Israel just completed a free and fair election — not so usual in the Middle East — in which the major issues were social and economic. Surveys (like this one last year) show Israelis to be happy overall. Israel’s economy is doing well, although there are concerns about rising inequality and a housing shortage (but there is also a recognition that these problems can and should be solved). There is a broad consensus in Israel on questions of national security, including the need to attack Iran if it is about to obtain nuclear weapons, and on the unlikelihood of a peace agreement with the Palestinians.

Here in the U.S., the nation is bitterly divided on left-right lines. There is no consensus on how to deal with either security or economic issues. The Congress is suffering from permanent gridlock. The economy is slowly improving, but employment is not — and that appears to represent a structural change in the kind and number of jobs available. Many states and municipalities are close to bankrupt (California and Fresno come to mind). Infrastructure is decaying and we don’t seem to have the will to fix it. The middle class is becoming harder to get into from below, and harder to stay in. Americans don’t (yet) have to worry about missile attacks from Mexico, but its prestige and ability to protect its interests abroad have fallen sharply.

Despite the existential threats, Israel is in some important ways doing better than we are. And if it succeeds in weathering its primarily external threats, it will be around for a long time. The U.S., on the other hand, while still enormously powerful, seems to have lost its way. 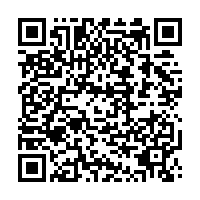