We are often warned about the dangers of the “extreme right” in Israel — as Thomas Friedman called them, those who “actually want to annex the West Bank.” I presume that Friedman was referring to people like Naftali Bennett, who has made a proposal to annex Area C— the parts of Judea and Samaria where almost all the Jewish residents and few Arabs live.

Even Daniel Gordis, who — unlike Friedman — actually cares about Israel’s future, has suggested that Israeli voters should beware of, er, excessive Zionism, because it could lead to the isolation and ultimate destruction of the Jewish state. In a recent article, Gordis presents a ‘good’ and a ‘bad’ scenario for the Israel of 2063. In the ‘bad’ one,

European hostility to Israel never subsided, and successive Israeli governments turned irritating both the EU and the US into a national sport. In response to repeated European and American demands that building projects cease, the government assured Israelis, “They’ll learn to live with it. We just have to show them we can’t be bullied.”

Germany changed the rules first. Lufthansa stopped flying to Israel, and a year later, Germany refused El Al landing rights. After subsequent dustups, Air France and France followed suit, as did British Airways and the UK. Soon, the only way to get to Europe was by sea. Israelis could still fly to Turkey, though.

Both Friedman and Gordis seem to be saying that Israel must not defy the Europeans and Obama Administration on the issue of Israel’s rights in Judea, Samaria and eastern Jerusalem. By playing along — despite the fact that an excellent case can be made for the legality of Jewish settlement in these places — Israel can avoid potentially disastrous punishment.

There are two problems with this position, one philosophical and the other practical. The philosophical problem is that it represents an abdication of sovereignty, the sovereignty that Jews have been fighting and dying to preserve since the beginning of the Zionist enterprise. It represents a return to the ghetto mentality by which Jewish survival was dependent on the good will of the local gentile prince. Once we agree to the principle, where does it stop?

The practical problem is that the immediate objective of the EU and the Obama administration is the reduction of Israel to the 1949 armistice lines (the so-called “pre-67 borders” which actually were never considered borders by anyone). It is not for nothing that Abba Eban referred to these boundaries as “Auschwitz borders,” because they would be a strategic disaster. Whether you take Naftali Bennett seriously or not, you should look at the illustrations in his proposal. Here’s one of them:

Both the US and the EU do not accept Israeli sovereignty over any part of Jerusalem — the US State Department continues to insist that until there is an agreement between Israel and the Palestinians, Israel’s capital is not Jerusalem (they won’t say what it is). Many European countries (and the EU’s Foreign Minister Catherine Ashton) are prepared to talk with with a Palestinian ‘government’ that includes Hamas. The EU’s oft-stated position is that any Israeli settlements beyond the Green Line are “illegal under international law.” How can Israel play along with a policy that calls for the expulsion of half a million Jews from their homes?

And this is only the immediate objective. What can we expect next, that the EU will require Israel to grant a ‘right of return’ to 4.5 million descendants of Arab refugees before it will welcome what’s left of Israel into the family of nations?

The EU’s positions can only be expected to harden in the future, as its Muslim population grows. Although it’s harder to predict the behavior of the US in the long run, there are worrisome indications today — like Obama’s floating of a possible nomination for the anti-Israel Chuck Hagel as Secretary of Defense. 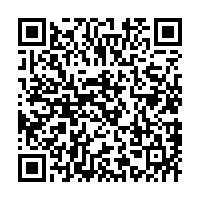