Today is Holocaust Remembrance Day, Yom haShoah. Although I agree with those who say that preservation of the historical record is a necessary part of preventing its repetition, I am very uncomfortable with its use to produce an emotional catharsis, which often stands in the way of facing the real threats against the Jewish people today. The same people who cry over the dead Jews of the 1940s often have no problem taking anti-Zionist positions today — or supporting politicians like Barack Obama, whose policies are inimical to the continued existence of the Jewish state, and therefore the Jewish people.

The Union for Reform Judaism (URJ) as seems not to have noticed Yom haShoah this year — at least, I can’t find anything on its website. Individual congregations, like the one in our town, are holding commemorative events. Possibly they have decided to deemphasize the observance.

But the URJ’s drift in the direction of anti-Zionist politics hasn’t stopped. Under the leadership of its President Rabbi Richard ‘Rick’ Jacobs, we find the URJ supporting the phony ‘pro-Israel’ organization J Street in its bid to join the Council of Presidents of Major American Jewish Organizations. J Street — which called for a cease-fire on the first day of Operation Cast Lead in 2009, which supported an anti-Israel resolution in the UN Security council (which the US vetoed), which consistently opposed sanctions on Iran, which supported the conclusions of the Goldstone Report (later repudiated by its author) that accused the IDF of war crimes in Gaza and introduced Goldstone to members of Congress, which has invited viciously anti-Zionist and pro-BDS speakers like Mustafa Barghouti, Rebecca Vilkomerson and James Zogby to its annual conferences, but which refused to allow liberal Zionist Alan Dershowitz to speak — is anything but pro-Israel. It is, however, very pro-Obama.

It is ironic, then that the liberal wing of the Jewish establishment in the US is following the same path as it did in the 1940s, when, out of loyalty to a liberal president and his party, it worked against the true interests of the Jewish people. The danger is not as immediate today as it was in the dark days of WWII, although the Iranian nuclear project, which is being facilitated by the policy of the Obama Administration, could very quickly change this.

I am therefore taking this occasion to republish the following, which I wrote several years ago. It is even more timely today.

The failure of the liberal Jewish establishment, then and now

It’s well-known that the Roosevelt Administration did little to help European Jews during the Holocaust. Unfortunately, part of the blame falls on American Jewry, which was sharply divided about how to respond — a fact which caused good men in the government to hesitate, while it gave antisemites an excuse to resist taking action.

The NY Times has published a piece by Isabel Kershner that may bring more attention to the shameful stupidity of the Jewish establishment during that period:

The Bergson group formed in 1940 when about 10 young Jews from Palestine and Europe came to the United States to open a fund-raising and propaganda operation for the Irgun, the right-wing Zionist militia. The group was organized by Hillel Kook, a charismatic Irgun leader who adopted the pseudonym Peter H. Bergson. [Samuel] Merlin was his right-hand man. 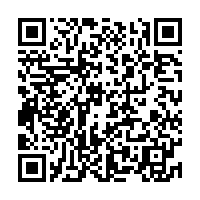