Yesterday, my wife and I dropped off our oldest son, Moshe, to begin his service in the IDF.  Since I never served in the army myself, and since our two older daughters did National Service, this was a first for us.

I’ve lived in Israel for almost 18 years, and never have I felt more like an oleh chadash (new immigrant) than I did yesterday.  Paradoxically, though, I’ve also never felt more Israeli.


Our son is enrolled in a five-year hesder program that combines military service with Yeshiva study.  He enlisted in the Givati Brigade together with an entire group from his Yeshiva, and a few other Yeshivot also had groups enlisting yesterday.  Amazingly, as the boys gathered at the enlistment point in Tel HaShomer, each group greeted their friends enthusiastically, with singing and dancing (watch video)!  Even later in the day when he got to his training base and sent us a picture of his “dormitory” (see below) he was in great spirits.

As a parent, I can’t say I feel exactly the same way.

18 years ago, when I made Aliya, many people asked me what I thought about the idea that my son (who was two years old at the time) would one day have to serve in the army.  My answer was always the same: “I hope it won’t be an issue.  I hope that by the time he’s old enough, there will be peace and we won’t need an army anymore.”   This response usually elicited a chuckle or a sarcastic response, followed by, “No – seriously…”.  People reacted as if I had found an elegant way to avoid dealing with the issue.

But I wasn’t avoiding anything. I meant it in all sincerity.  I was perplexed that people seemed to think my proposition – that maybe there would be peace – was so unrealistic.  Often, these conversations took place in shul, just after we finished praying.  I wondered what it meant that a person who just finished reciting the Amida prayer, with its multiple requests to bring the Messiah quickly, can so easily scoff at the suggestion that perhaps, in 15 or 20 years, those requests might actually be answered!

Over the years I have self-righteously repeated that story in various venues, exhorting my audience to consider whether they really believed in the Redemption.  But yesterday the day finally arrived, and unfortunately, the Messiah isn’t here yet.  Our army is still just as necessary as it was when Moshe was a baby, and last summer, we saw exactly what being an Israeli soldier can still mean.  So for the past few weeks I’ve been asking myself what it means that this moment has finally arrived, and in spite of my confident declarations over the years, the issue still is very relevant.

But then last week, I remembered another story that happened around 17 years ago, shortly after making Aliya.  I was in Eilat with a group of students.  Sitting in the lobby of the youth hostel, I struck up a conversation with an elderly gentleman who was working there.  At one point in the conversation, the man lifted his shirt to show me that he was carrying a tiny miniature pistol in his belt.  It was only about four or five inches long and looked like a toy, but the man insisted that it was an actual, fully functional handgun.  He then explained that he got such a small gun because he carries it with him wherever he goes, all the time.  “You will never catch me without it,” he said.

I asked him, as a resident of Eilat, why he needs to be armed all the time.  There are, of course, dangerous places where one might feel the need to carry weapons – but Eilat isn’t one of them.  Did he really feel that he couldn’t walk out of his house without a gun?

“Apparently you don’t understand,” he responded.  He then lifted a different part of his shirt – his sleeve – to reveal a series of numbers tattooed on his arm.   “I know what can happen when Jews can’t carry weapons.  When I got to Israel and saw that now, God has given us the right to have them, I vowed that I would actualize that right for every minute of the rest of my life.  It doesn’t matter if I will ever need it – as a Jew I can now carry a weapon, and can defend myself.  That’s an incredible thing, and not to be taken for granted.”

That powerful story has stayed with me over the years, and last week I realized that it was the answer to the issue I’ve been struggling with.  No, the process of Redemption is not yet complete, and we still need an army.  But the thing is that we have an army!!  And that means the Redemption is well under way.

Moshe is the first person in our family in several thousand years to serve in a Jewish army.   That’s a huge privilege.  Yes, it’s something to worry about, but it’s also something to be proud and even happy about, and to thank God for.

That’s the paradox of these amazing and confusing times.  I guess I really am Israeli now. 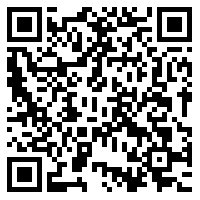