Home Blogs Guest Blog An (imagined) Interview with Meretz Chairpeacenik Zehava Galon
Share on Facebook
Tweet on Twitter
Photo Credit: Miriam Alster/FLASH90
-Good morning, Madame Chairperson, I would like to ask you about your thoughts on the events in Brussels this week.
-Just call me Zehava, young man.  Always glad to speak with representatives of the progressive Meretz-voting fourth estate.  Clearly it was all the fault of Bibi Netanyahu, now what was the question again?
-Madame Zehava, you have always claimed that Israel is the target of terrorism because it is an occupier, but Belgium is not occupying anything and in fact was twice occupied in the 20th century.
-What kind of reactionary comment is that?  What are you, young man, some sort of settler?  A planted mole from Ad Kan?
-I live in Ramat Aviv.  But speaking of settlers, Belgium does not have any settlements anywhere, so why was it the victim?
-I do not make judgments and one woman’s terrorist is another woman’s victim.  But why are you asking me all these Kahanist questions?
-Madame Zehava, Israel has a military conflict with the Arab world, but Belgium does not have a military conflict with anyone.  It does not participate in Allied actions against ISIS in Syria and elsewhere.  In fact, it barely has a military.
-Call security, someone let in this reactionary who is inciting against me and suppressing my freedom of speech!
-Madame Zehava, you have always insisted that the only way for Israel to make peace is to be nice.   Well, the Belgians were nice and even turned over much of Brussels to Islamists.
-Did Im Tirtzu put you up to this?  Take your baseball hat off, I want to see if you have a yarmulka hiding under it!
-Madame Zehava, Brussels is the capital of the EU and the symbol of transcendence of narrow nation-state identity, which is what you have long advocated for Israel.
-Beast, inciter, you are endangering my life!  What is it with you, don’t you read Haaretz?
-Madame Zehava, is the ultimate state for two ethnic groups living side by side in tranquility!  Like in the Meretz vision for Israel.  Why was it targeted?
Ok, your time is up, I have a luncheon engagement at the Shenkin Shenkin House of White Meat.  Where is my damn bodyguard?
Advertisement 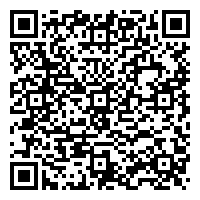