(The following letter has been sent to PM Netanyahu. I share it here as a followup to earlier posts here and here.)

I refer to the coalition of the JEWISH PEOPLE. We are falling apart as a coalition (yes, it is nothing new, sadly), and it is happening at an exponential rate of growth.

The streets are overflowing with hatred of our fellow Jews. The streets–the very streets of Jerusalem that you also travel–have been hijacked by hoodlums who have made their agenda a public crisis. These hoodlums who block roads; who call for the murder of their fellow Jews; who now plan to disrupt traffic to/from the airport…all of this is happening today. Yet, we do not hear a word from you about THIS crisis. Lest you think I am exaggerating by using the word “crisis,” merely go online and read the terrible things that are being said about these groups, and what these evil groups themselves are saying and doing. We could easily arrive at a situation (G-d forbid!) of bloodshed and murder!

And the “broadcast” crisis? It is the message that is being broadcast to the world that sheds a horrible light on the supposed “Light Unto the Nations”! We have enough problems in the world with being blamed for every ill in the world that happens. Add to that mix, the pictures of JEWS rioting against Israel’s army–the only Jewish army in the world that protects everyone–even these groups. These pictures and stories broadcast a message to the world of disunity, lack of respect and the statement that we have, among our own people, those who are willing to MURDER for their beliefs and/or to die for their beliefs.

Mr. Prime Minister, I turn to you with all due respect and ask you to take (at least) two steps. First, a public statement that addresses this “coalition” and “broadcast” crisis in the streets of Israel. I do not mean a 20 second sound bite. I refer to a full press conference, wherein you state your revulsion to these actions and a PLAN how to deal with them. Which leads to the second action item: Directing police, the Shin Bet and any other security arm of the government to deal with this group of people who are inciting to murder and (a much lesser offence) blocking public roadways and causing major public disturbances. Those who are fueling the fires of hate; those who are out there with boots on the ground: all of them need to understand that there will be severe consequences for their actions.

One final point–I am not totally näive to think that your pronouncements would have no political fallout. Of course they would. Yet, you must ask yourself: are you the Prime Minister of ISRAEL or the Prime Minister of a coalition government? Do you want to deal only with a broadcast and coalition crisis insofar as it affects your government or do you wish to deal with such crises as they affect the day-to-day lives of citizens of Israel?

Mr. Prime Minister: It is time to decide. 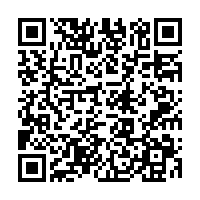