There were tens of thousands of Jews who gathered in Jerusalem to sing, dance and celebrate the Jewish return to Zion. Something we dreamed about for 2,000 years. After you watch it, please share it. It is important for all to see!

While so many joined the festivities of Jerusalem Day, left wing organizations attempted to ruin the party. Many left wingers curse the day we liberated Jerusalem, Judea and Samaria. They actually treat this day with disdain. It is heartbreaking to see Jews siding with our enemies instead of focusing on rejoicing with the gift we were given; Jerusalem. It is horrible to hear Jews accepting historical lies our enemies are using to justify the murder of Jews.

In past years, there have been incidents of vandalism as individuals used the celebration to vent their anger at the Islamic terror and they inexcusably took it out on random Arab people. This behavior has nothing to do with the tens of thousands of others who were there to celebrate, but facts like that do not have any importance to the left wing activists I met.

The first activist I met was Sarah Tuttle Singer. For those who don’t know Sarah, she is the head social media person at the The Times of Israel.

She did not come to march, she came to stand against the march and when I asked if she was here to celebrate, all she could do was let out a gag as if to say, “you must be kidding me!”

She was there to report on what she was hoping to see, the vandalizing minority that people like Sarah thrive on. The problem is, she did not find them! NOT ONE!

While she must have been disappointed that she was unable to justify her rabid anti Jerusalem Day parade attitude, she was unable to admit it as she wrote her status that evening and said that others were saying this was one of the most calmest Jerusalem Day Parades. What do you mean others said, YOU WERE THERE SARAH! Can’t you admit you were MISTAKEN!

I asked her several questions about her political views which she had a hard time explaining and then I shut off the phone per her request. We did continue talking and as she usually does, she began to use profanity and sexual innuendo. She proudly told me how the Muslims in the area are her friends and I explained to her that is because she shares the same views as they do. I challenged her to go into the market and ask the first Muslim why they built a mosque on our Temple Mount and see how friendly they react. I offered to join her in the market as we challenge any Arab shop owner to give a date when Israel occupied Palestine from them or when such a country called Palestine ever existed. At first she agreed and then she said that she does not want to cause incitement…

CASE CLOSED! She did promise we would do so in the future…ya never know.

Next I met people from an organization call Tag Meir. This is an organization that fights Jewish violence and says absolutely nothing about Islamic terror. This is not a charge I am making, this is their charter.

The problem is not that this organization is opposed to random acts of violence by Jews, the problem is the Muslims they were giving flowers to are the ones who believe they are justified in attempting to destroy Israel and murder Jews. The leftists claimed 4 Arabs have been murdered by “Tag Mechir” over the last 68 years. I do not know who those 4 are but even if the number is true and unfortunate, not sure 4 murders justifies an organization to give flowers out to those who encourage the murder of Jews or focus on Jewish acts of vandalism while ignoring the thousands of Jews murdered by radical Islamic terror.

The bonus round was the Young Arab lady who was there and who claimed we occupied Jerusalem from the Arabs in 1984!!! When asked when an Arab Palestine country existed pre-Israel, she really lost it. Unfortunately my phone shut off and I did not get the Israeli women who claimed that Israel was the one who refused the partition plan because we wanted war with the Arabs. I tried to get her name to have her repeat her ludicrous claims afterwards but she naturally refused.

I then met a guy with another left wing, self hating organization that was there specifically to catch any Jews who bangs on Arab doors. The problem is not that they wanted to catch these vandals, the problem was they were spreading libels against the tens of thousands of people there as if they were involved in a crime that simply did not happen yet! They were there not to cover the event but to cover the person who is misbehaving and they made it perfectly clear that they were indeed generalizing.

Why is this important to see?

It is important to see because today’s war is an information war and it must be known that we have people from within who are simply misinformed and causing tremendous harm to Israel. We must not be silent! We must stand up and shout the truth.

Talking about shouting, my blood was boiling! How could Jews act like this and side with our enemies? 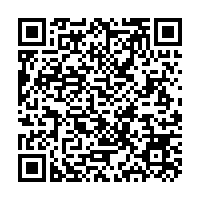