I had a bad feeling on Friday afternoon, after reading an IDF twitter post on Facebook. Usually, these posts include the kind of sanitized, politically correct, “please love me” messages that explain how Israel endangers its own soldiers to preserve “civilian” life. On other occasions these posts actually include military information that we want to read about, such as the number of terrorists killed, or large arms caches that have been captured. This particular post featured a graphic which indicated that (so far) Israel has discovered 30 tunnels, destroyed 30-40% of the rockets, and killed over 240 terrorists. By itself, this was good information. What set my alarm off was what was written beneath the graphic. The following message:

Earlierthis month, we began a mission to weaken Hamas terrorists in Gaza. We are succeeding.

Warning bells went off. A foreshadowing that Netanyahu may finally be cracking under relentless pressure from Obama and Kerry. A post like this has sort of a wrapping up quality to it. Like an Operation Protective Edge debriefing for the world. “Earlier this month….”

As soon as Shabbat was over, I immediately checked the news and was glad to read that the entire Israeli Cabinet rejected the most recent attempt to force a ceasefire on us. Baruch Hashem that there is still some sanity among us. Of course I was immediately dismayed to read that Netanyahu is considering a 12 hour humanitarian ceasefire, at the behest of the U.N.

Perhaps 12 hours is enough time for the U.N.  to help  Hamas replenish their stock?

First of all, I want to express my gratitude to  the soldiers of the IDF for their tremendous self-sacrifice against these barbarians. None of what I write is a criticism of their noble heroic work. The true non-politically motivated military leadership  would like nothing better than to finally take off the gloves and go old school on Hamas.

Perhaps we shouldn’t be surprised. Remember that Netanyahu was reticent about sending in the ground troops in the first place. Hamas forced his hand. Which means that had things gone as he’d hoped, the entire network of underground tunnels in Gaza would still remain intact.

Hamas is using a war tactic that originated in early Islam. In Islam, there is no such thing as peace with accursed dhimmis, as the Muslims refer to us infidels. Historically, when times were good, the dhimmi had the right of a mistreated dog or donkey. When times were rough (and they often were), Islamic barbarity equaled anything we Jews experienced under christendom. The notion of making peace with the dhimmi is anathema to Islam. 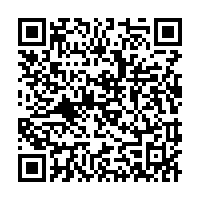