On March 1, 2001, Claude Knapp was murdered by a suicide bomber while taking a shared taxi from Tel Aviv that exploded around the Mei Ami Junction. He was 29 years of age. Nine other people were injured. Claude’s dog survived this terror attack, however, unlike his owner, yet was traumatized for the rest of his life, refusing to bark like other dogs traditionally do. It demonstrates that animals, just like people, can suffer from post traumatic stress disorder. As can be expected, life was never the same after that point for Claude’s mother and two other siblings.

Since that time, Daniele Knapp, Claude’s mother, who presently lives in Afula, has been an outspoken advocate against terrorism and against foreign funding reaching terrorists. She went as part of a delegation with the Israeli Ministry of Foreign Affairs to The Hague, where she was interviewed by Spanish, French, and German reporters. Daniele also spoke at an event organized in Boston by the Israel Project. Unfortunately, the Palestinian who murdered Daniele’s son, Ziad Kilani, was released as part of the Gilad Shalit prisoner exchange deal.


Daniele does not comprehend how Palestinian suicide bombers and their families can be so cruel. She claims that she can never understand parents who just lost their children yet hand out sweets and candy after their children are dead or just murdered Jews.  According to Daniele, “Having a child is a gift from Hashem and someone who doesn’t appreciate that is something terrible. To fight is not the most important thing.” She was thus critical of Arab forces, such as those actually in Syria, who preferred weapons over humanitarian aid for needy children.

It has been about twelve years since Daniele lost her son.   She deals with her grief mainly by becoming a volunteer medical clown where she cheers up people who suffer from various illnesses.   According to the Simchat Halev Organization where she studied to be a clown:

Every one needs to laugh—especially children and adults who are hospitalized with serious medical conditions.   Laughter not only raises a patients’ spirits; it’s been proven to reduce anxiety, speed the recovery process and simply make life better.   And that’s what Simchat Halev is all about.   Simchat Halev is a magical organization that creates laughter, humor and happiness in environments where, most often, nothing seems funny—like hospitals, rehabilitation centers and nursing homes.

Daniele has gone to numerous events to help needy children, where she would hand out balloons, magic, engage in dolls theatre and make people laugh, and to entertain children inside of bomb shelters. This past Purim, she visited a child who had cancer. According to Daniele, usually the children are very happy whenever she comes to them. Indeed, one parent wrote to her stating,

I saw you and Y***** in the pictures and you both have a real and happy smile from the heart. I too get emotional when I see this. And to know that he told everyone about how wonderful it was with you, about him being happy and joyful – this is a true present a person could wish for. Even though I never met you, I know and feel from your letters your love and attention and caring for people. You give them your heart, you care for everyone personally, and they feel it. The wonderful love within you is unique. You are unique.

By making underprivileged children laugh and smile, Daniele is truly doing a mitzvah. Yet it is important to note that Daniele is doing this all in the memory of her beloved son, Claude. She claimed,

I believe joy is one of the things that can cure the sadness. I think that every one can do his own joy. […] Dr. Hunter Patch Adams has a philosophy we should be very creative and to push people to be happy and trust that this happiness will give them strength, and if we keep crying about what has happened to us, then we will never enjoy our life.

Daniele’s clown name is DR Caramel.  When visiting the sick, there is no color or religious difference and this proves that we should bring joy and love to everyone who has suffered.

Originally published at United with Israel. 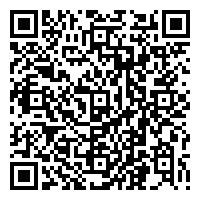