It is now less than three weeks until the end of the term of Barack Obama, as president of the United States. He, and his Secretary of the State, John Kerry, have made more than their fair share of pronouncements (or lack, thereof) over the past few days. I know I am not alone in saying that my blood pressure skyrocketed twice in recent days: once, after the UN resolution at which the USA abstained, and secondly, after the speech of John Kerry, only a few days ago. I, along with many others, wrote blogs, Facebook posts, participated in much hand-wringing and discussed the topics for hours on end.

And yet, as I sit here this afternoon writing these words, a happy thought does indeed come over me. You see, as I said in the first sentence, we are within striking distance of January 20, 2017. We have less than three weeks until a more Israel-friendly administration will enter office. President Obama, and his antipathy for Israel and PM Netanyahu, along with John Kerry, and his skewed view of Middle East politics will be shown the door. They will no longer be in power where they can do the type of damage, that they have been doing. They will no longer be the go-to individuals for world leaders and seekers of peace.

Kerry will move on….John Kerry and his obsession with settlements, and settlers–will be out in less than three weeks. And the settlements he so loathes, that he so blames as the MAIN reason for a lack of peace…those settlements, and others yet to come, will “settle down” and continue to grow. Israel is poised to annex Maale Adumim (my home-town, BH), possibly at the end of January. Taking a city of 40,000 and bestowing upon it the imprimatur of “sovereignty” is a critical step in the future of this country; especially in light of recent events.

Because, unlike politics and politicians, Israel is here to stay forever! While (soon-to-be former) Secretary Kerry can go on TV and speak for 71 minutes about his vision (settlements, settlements, settlements, settlements are the problem), very soon his words will become vacuous and meaningless. Israel will remain strong and continue to get stronger. It is looking like the most Israel-friendly USA government on the way in, in many years. The upcoming months appear to have a bright outlook in store for Israel and its future. Perhaps, we even owe Messrs. Obama and Kerry a thank you: Thank you for galvanizing a large percentage of Israel against your ideas and causing us to stand firm in the face of anti-Israel statements and silence.

I would like to close with a blessing for the outgoing president and his Secretary of State. To quote the rabbi in Fiddler on the Roof: “May G-d bless and keep President Obama and Secretary Kerry…FAR WAY FROM US!” 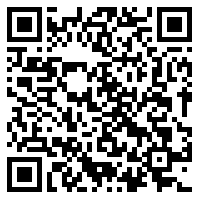