A commentary on an article published by Vosizneias about the Liska Rebbe, and his chumra of not eating Matzah on Pesach.

I’d heard of this “issur” many years ago.


Not the worst chumra in the world, intestinally speaking. And if you only eat hand-made shmura matza, you can add hefsed merubeh as another reason to buy the minimum.

But actually, the machmirim could justify not eating matza on the first night as well. The reasoning would go like this: Since we have no reliable mesora regarding the shiurim of kazayit and kabeitzah, there is an inherent safeik in every mitzvah we do involving these shiurim, including achilat matza. Now the only way to get out of this safeik is to eat more than the largest known shiur.

However, by doing that, there is zero safeik that we’ve now eaten at least some matza unnecessarily, which as we all know by now, is a great sin except on shimini shel Pesach.

And since none of us are zocheh to eat the matza from the chareidi bakery that has the highest standards in the world (but still couldn’t avoid creating matzot with blobs of uncooked dough unlike every single machine-made matza since the dawn of the Industrial Revolution), so there is no doubt that our halachically meager matza must have pre-chametz blobs embedded in it, which one almost for certain ingests when eating the extra matza on seder night to make sure we’ve had a shiur.

It’s a Catch-22 (which ironically is about the number of kazayits most people eat in order to be yotzei all the de’ot for all three achilot, including the Hillel sandwich and the Afikomen): You can’t be sure of your safeik kabeitza until you’ve had a vadai me’al lekabeitza, but you can’t eat the tosefet vada’ut because it’s vadai got chametz in it.

The only way out of this conundrum is not to eat matza at all, even on Seder night.
Q.E.D.

P.S. Seriously, I really did get a good laugh out of that story where the rav spots potential chametz in his beloved matza factory, and then concludes that it was a sign that he should not eat matza, rather than a sign that the bakery was not at the level he thought it was. 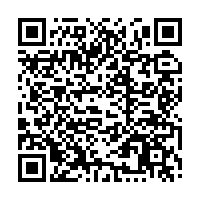