While I have attacked Ascherman as a self-hating Jewish anti-Semite for years, the portrait of him in Tenenbom’s chapter is far more demolishing. Mockery remains the most powerful weapon against such critters. Tenenbom meets Ascherman while the latter is wearing a “We are All Al-Arakiv” tee shirt, that being the name of some West Bank terrorist village. Noting that Ascherman is awash in funding from overseas haters of Israel, Tenebom describes how Ascherman “delivers the goods” to his patrons.

Ascherman first takes the “German journalist” to an olive orchard where he is lectured about how the “settlers” come and sabotage it and how Ascherman’s team defends the trees from them. Tenenbom’s guide is a Kenyan who came to the West Bank to make the world peaceful and it is a few days after the massacre of Kenyans in Nairobi by Islamists. Tenenbom asks the guide why he is here and not in Kenya trying to make world peace. He evades answering.

When they get to the orchard a Palestinian claiming his name is Bruce Lee tells the “German” about how settlers shot him last year. Bruce Lee says the “settlers” murder Palestinians all the time. How many have been so murdered?, asks the “German.” Ascherman’s host intervenes and tells him you will have to look it up on Google. The “German” persists and Bruce Lee says two. When? In 1999 and 2000. Bruce Lee goes on and tells the “German” that a few days ago, an Arab was praying in the field and a “settler” rode up on his horse, dismounted, told the Arabs to stop praying, and then shot him. From this we learn there are actually settlers who ride horses, says the “German” sarcastically. Did you actually see that, Bruce Lee is asked? No, my neighbor told me about it.

When no murderous settlers show up to bother the olive pickers, Ascherman offers to send a car that will take the “German” to see the horrific destruction perpetrated by settlers elsewhere. The driver arrives, a Palestinian Arab named Zakaria. They take him to a village where the German is told that every day or two the army comes and burns homes for no reason. The German asks to see some burnt homes. They cannot point him to any. They offer to show him photos of the army burning houses on a cell phone. When the German asks to see the phone photos, it turns out that they mysteriously disappeared, almost like IRS records.

Suddenly an Israeli army jeep appears. Watch this, say the hosts, the kids in the village will throw rocks at the jeep and then the soldiers will open fire at them. So they follow the jeep a bit. At one point the jeep pulls over to the side. Aha, say the hosts, these soldiers are about to set up a security checkpoint to harass Palestinians.

The German watches and one of the soldiers gets out of the jeep and takes a wizz into the bush on the side of the road. 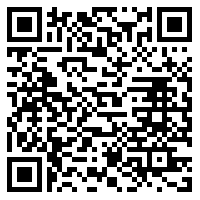