The enormous contrast between the season of the year with the expectations of vacations, the beauty of nature and seashores; the flowers, birds, and butterflies compared to the reality of what we experience here in our Land so often this time of year is beyond comprehension.

The summer of 2005 while we still prayed for a miracle to save our beautiful thriving communities, synagogues, hot houses, and the lives of our families in Gush Katif, and the northern Shomron and the nightmare of the destruction of all of this and the expulsion of our families including our loved ones from their graves is still impossible to comprehend. The pain is there forever including the horrific price that our entire Nation is paying ever since.

The following year and the “Second Lebanese War”, again the incredible acts of love and selfless bravery on both fronts while our defenders not only fought to protect our Nation, but also were willing to sacrifice their lives to try and save their fellow brothers in-arms and /or bring them safely home even to bury them.

Year after year in this season, and the challenges that we face- the summers of rocket fire and war. And then last year the horrific abduction and brutal murders of our young boys, Ayal, Naftali, and Gil-Ad HY”D and the summer of yet another war waged in the south while the entire country was under brutal rocket fire and danger of tunnels dug into civilian populations.  Our defenders yet again proving their willingness to fight for our Nation and in order to protect the lives of their fellow soldiers – and even our soldiers who fell in action to bring them safely home to a final resting place.

All of this while the enemy intentionally hides behind schools, hospitals, mosques, civilian populations and accuses Israel of acts against humanity.  The world accepts these lies so many times that you truly wonder if for them oil is thicker than blood.

And only a few days ago a brutal attack on Jews who came to enjoy the beauty of our Land and then were attacked and Dani Gonen HY”D murdered by an Arab terrorist leaving also one injured – simply because of the enormous hatred that is pounded into the Arab populations by teaching that we, the Jews are occupiers, are preventing them from freedom and all of this happening during the beginning of the Ramadan– their holiday.

We, the Jewish people, the Christians and decent Arabs look upon these acts of hate and instead we try to do good, to honor life and property no matter if it is a Jew, Christian or Moslem because for us we believe in the importance of human life, freedom of religion and respect each religions right to these.

This season of the year we will join together as a Nation and pray that we will be able to be blessed with unity, freedom to live and worship as Jews in our Land and pray that this summer will truly be one of enjoyment and not heartbreak and war. 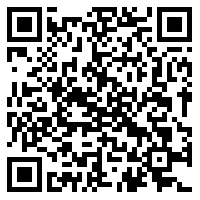