Shavua tov.  Can this be a “routine week?”  This Shabbat we learned the chapter “Ki-Teze” and now as forever it is imperative for us to remember what we are taught in this chapter, “Remember what Amaleq did to thee by the way, when you were come out of Mitzrayim : how he met thee by the way, and smote the hindermost of thee, all that were feeble in thy rear, when thou wast faint and weary; and he feared not G-d. Therefore it shall be, when the L-rd thy G-d has given thou rest from all thy enemies round about, in the Land which the L-rd thy G-d gives thee for an inheritance to possess it, that thou shall blot out the remembrance of Amaleq from under the heavon; thou shall not forget.” 25:17

We who were born with the blessing of the State of Israel, a National Homeland for the Jewish people have the responsibility to remember that we must ensure the safety of the Jewish people no matter where they live.


What we witness today with the intense hatred of the Jewish people and Israel all over the world makes this an even greater responsiblity for us to ensure the security and safety of Israel.

One look at the MIddle East is enough to realize how important Israel is also to the “free world”.  While even during war our first consideration is morality, and we are willing to take enormous risks to attempt to save the lives of those not involved in terrorism or attacks against us, the enemy is intentionally using civilians as human shields and murdering innocent people in front of the entire world and bragging about it.

It is so easy to point an accusing finger at Israel and place the onus of the blame of a lack of “peace in the Middle East” on us and the “occupation”.  The fact that the terror and murder of Jews in the Land of Israel began long before even the State of Israel is ignored and even erased.  The continuous pre-occupation on the need of a so-called Palestinian State side by side with Israel while placing the blame on Israel is a poltiical ploy to blindfold the entire world to the truth.

My family on my Fathers side were settlers in the Land of Israel long before the State was declared.  My family against their wishes had papers including birth certificates calling them, “Palestinians” who were born in Palestine.  My family who lived in the Galillee in Safed disclaimed this and declared “we are Jewish and this is our Land, Eretz Yisrael.” From the early 1800’s long before the establishment of the State countless times the Arabs who lived side by side with our families in Jerusalem, Hevron, Tiberias and Safed attacked and brutally murdered their neighbors including many members of our family.

Why?  There was no occupation then by the Jews.  The Arabs and Jews together were under foreign rule – so why?

I remember when my husband Ami, and I moved up to Bet Horon in the Benjamin Region over 34 years ago when the media would come to interview me they were shocked.  Back then in the newly rebuilt community (the history of Bet Horon begins in the Book of Joshua ) seeing a small group of young families and how we lived in caravans with no running water, electricity, not a flower or bush outside (until we hand watered them after we planted them) they asked me ,” How can you live in this dangerous place with your children?  With babies? You may be patriotic but to endanger your children?”

I replied that the place is not dangerous, it is the terrorists who are dangerous and to quote my Great-Grandfather who lived in Safed where as in the rest of the Jewish communities there were attacks and Jews murdered by their Arab neighbors, “we will teach those who hate us that there is a continuous Jewish presence in the Galilee.  We will not move from here.”  I explained that back then there was no State of Israel, but now there is and we also in the Jewish tradition will teach those who hate us and wish to murder us that this is our Land, and we will stay here forever.

I reiterate this promise, this is our Land now and forever and we are here to stay.  It would be wise for the rest of the world to finally realize how important it is that we are here not only for the Jewish people- but for the entire world. 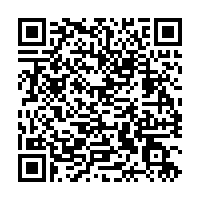