*Editor’s note: This article was originally posted to these pages on 20 December 2015 and is perhaps even more remains today

Reports today inform us that President Obama, during a speech at a naturalization ceremony of 31 petitioners seeking United States Citizenship held at the National Archive in Washington DC, stated:


“In the Mexican immigrant today — we see the Catholic immigrant of a century ago. In the Syrian seeking refuge today, we should see the Jewish refugee of World War II.”

A few weeks ago, the mayor of New York City made a similar declaration. When speaking to Jewish-Syrian congregants at Shaare Zion in Brooklyn, Mayor De Blasio stated: “I know this community understands deeply the pain of any family that must leave a homeland they love because they were forced away by violence and discrimination,” and continued to urge Syrian Jews in Brooklyn to empathize with refugees fleeing war-torn Syria en masse.

I contacted Mayor De Blasio, and now I find myself in the same position regarding President Obama.

Mr President, there is absolutely no comparison that can be made between these two forms of refugees, and any attempt to conflate the two is a travesty and demonstrates a lack of knowledge of history.

On the other hand, a percentage of those who have fled Syria and other countries are KNOWN terrorists (on watch lists); have committed atrocities in their home countries; have called for the destruction of Western civilization and other nefarious goals. Many states in the USA have voted to ban the entry of any of these refugees citing the attacks in Paris as reason enough. The vast majority with those with their heads screwed on right have agreed that we are looking at potential Trojan Horse invasion that will potentially put millions of peoples’ lives at risk.

I urge you to recant such a thoughtless and senseless statement. Please do not compare the plight of the Jews after WWII to the issues surrounding today’s refugees. Yes, indeed there are legitimate refugees fleeing Syria and other countries. However, as stated above, the entire path, story and goals of the two groups is quite different.

Mr President, I am sure you are an avid reader of Times of Israel so you may feel free to comment below in the comment section. 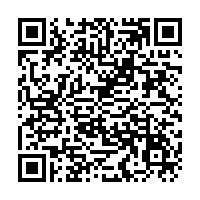