Now that I’ve seen Wonder Woman I know exactly why Lebanon, Tunisia, and Algeria have banned the movie (and Jordan wanted to but couldn’t figure out how to legally do so). Gal Gadot is STUNNING and JEWISH and ISRAELI and her character Wonder Woman is STRONG and BRAVE and GOOD.

The Arab world that slanders and hates us simply can’t take it that instead of being the evil thing they say we are, this movie, as embodied by Gal Gadot, portrays us as the good guy, the righteous ones. The ones who don’t like to fight but who are not going to shy away from making things right in the world. And if that means killing bad guy jihadists then we’re going to go full on CRAZY on them until they are DEAD and the world is SAFE.

Because that’s who we are. We’re JEWS.

The Jews brought morality to the world with our God-given Torah. Before the Torah, there was no concept that stealing or murder or sleeping around was wrong. We brought all that to the world.

The world? They can try to smear Israel and the IDF all they want, but we know who we are and Gal is a symbol of that, a symbol of morality.

We treat minorities in our country with utmost respect and tolerance.

We are the good guys.

And they just can’t handle that.

They don’t want their people to see that on a screen. Jews good? Can’t allow our people to see or know that. Even if it’s just a fantasy, just stunts and trick photography.

Because that film sums up the struggle of Israel and the Jewish people as a force for good in the world.

And Gal was chosen out of all women to play that role.

Because she is absolutely perfect.

Because she is who she is.

Thank you Sharon Katz for bringing 125 women together to cheer for Gal at Cinema City in the heart of the holy Jewish city, Jerusalem. 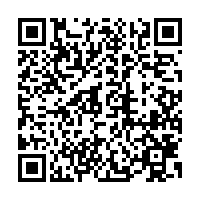