But Roduren, in a news report for the world’s leading publication, made an assumption about allegedly nefarious Israeli goals. And there is a difference between reporting what critics say and reporting facts – such as that a “contiguous” Palestinian state would be impossible with Jews living on the hill known as E-1, as she did. In order to be fair and present readers with all the facts, news articles should not cite the sources and not present them as undisputed facts.

The fact that even after the revisions, the article still only cites anti-settlement sources, is evidence of Abrams’ theory, that everyone Ruderon speaks to pretty much thinks the same thing.

In any case, here’s the excerpt of the e-mail that Politico published:

It’s not correct that most of the people I associate with have a left wing perspective, or any particular perspective. In fact I have been widely praised for speaking to a broad variety of people for my stories.

The essence of what our E1 story said was correct: that building there is seen by palestinians, peace advocates and diplomats worldwide as the death knell of the two state solution, because it prevents meaningful contiguity in the West Bank and easy access to the heart of East Jerusalem. (The Israelis also understand this; it’s precisely why this area was chosen at this time.)

On deadline, late at night and at the end of a very long couple of weeks, I used imprecise language and, yes, did not study the map carefully enough. I deeply regret that, but it does not betray any agenda or anything about who I know or consult in my reporting. [Emphasis added]. 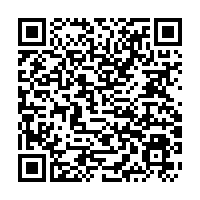