If you would peruse the U.N. Charter to discover what right and benefits are due to a non-member observer at the United Nations, you wouldn’t find anything.

History of the PLO/Palestine Observer Mission at the U.N.

The PLO was granted observer status by the General Assembly in November 1974.

On November 15, 1988, the PLO/the Palestine National Council proclaimed the existence of a Palestinian state in what became known as the “Algiers Declaration.” (See Daniel Pipes’ article on how the Palestinian Declaration clearly mimics the Declaration of the Establishment of the State of Israel).

In December 9, 1988, the General Assembly gave the PLO the right to have its communications “circulated directly, and without intermediary, as official documents of . . . conferences” which were “convened under the auspices of the General Assembly.”

A few days later, on December 15, 1988, the General Assembly “acknowledge[d] the proclamation of the State of Palestine by the Palestine National Council,” “Affirm[ed] the need to enable the Palestinian people to exercise their sovereignty over their territory occupied since 1967,” and ordered that the the PLO observer mission should be renamed the “Palestine” observer mission.

Last year, Mahmoud Abbas submitted a request to be admitted as a member-state to the U.N. If that resolution had passed, it would not have meant that a state of Palestine existed anymore than it had before, but practically it would given the General Assembly, the international community, and other international organizations a pretext to treat it as a state.

Admission as a member of the U.N., however, required not only a 2/3rds vote of the General Assembly but also the assent of the Security Council, which would require a positive vote by all permanent members of the Security Council including the United States, which threatened to veto (or simply not vote in favor of) the resolution.

Because of U.S. opposition, the resolution was not brought up for a vote and the “diplomatic tsunami” which Ehud Barak predicted would engulf Israel and which the Israeli media practically prayed for simply did not materialize.

The current resolution will reportedly change Palestine’s observer status as an non-member “entity” to a non-member “state” like the Holy See. Practically, this may mean that whatever special privileges the General Assembly has confer on the Holy See by virtue of the fact that it considers it a “state,” it can also confer on “Palestine.” But these would not include the rights of membership described in the U.N. Charter.

Remember, the entire concept of non-member observers has no bearing on international law. The resolution should just be seen as another attempt by the Palestinians to create more General Assembly resolutions which pressure Israel and bolster the self-fulfilling prophecy of artificial statehood. 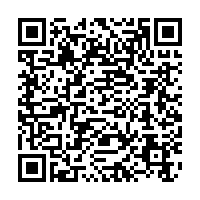