Just when you think you have everything pretty much figured out in the Middle East, someone throws you a curve. At least that’s what happened to me last week.

In what has to be the most surprising development thus far in the so called Arab Spring – Egypt’s new freely elected President, Mohammed Morsi, has sent a friendly letter to Israeli President Shimon Peres on the occasion of the exchange of ambassadors. How friendly? From the Times of Israel:

The letter began by calling Peres a “great and good friend,” and went on to express a desire for “maintaining and strengthening the cordial relations which so happily exist between our two countries.” Morsi closed his letter, which largely followed standard diplomatic language for the exchange of ambassadors, by expressing “highest esteem and consideration

…In July, Peres’s office reported that it had received a friendly letter from Morsi in which the Egyptian leader expressed hopes for regional stability and “deep thanks” for Peres’s Ramadan good wishes. In that note, Morsi also said his country was committed to regional security and stability, including for the Israeli people.


This comes as quite a shock to me considering his political affiliation. He is a member of the Muslim Brotherhood, a fanatical Islamist group who considers the existence of Israel an abomination – and an affront to their fundamentalist beliefs. Their views match those of Hamas and Hezbollah. I don’t think there can be much dispute about that.

In fact when the letter was first made public, it was followed by denials from Brotherhood officials – pretty much claiming it to be a fabrication.

This is a good sign. Despite the overt hatred of the Jewish State among most Islamists which comprise organizations like the Brotherhood, Hamas and Hezbollah, it is clear that Egypt has no interest in hostilities between the two countries. Despite Mosri’s obviously deep religious beliefs, he seems to be a pragmatist interested in developing his country – making it a better place to live for his people. To that extent, he seems to have made the friendliest statement toward Israel I have ever heard from a Muslim leader – with the possible exception of Anwar Sadat.

Does this mean that Israel can put away their guns? Of course not. They need to maintain their military edge. I believe Morsi. Islamists say what they mean.They are not reticent about expressing their true feeling about us. That he did something that so obviously upsets his co-coreligionists means something in my view.

It isn’t that I think he now loves Israel unconditionally. Far from it. I do not doubt for a minute that if Mosri thought he could win a war with Israel militarily, he would not hesitate to attack. But as a pragmatist – the reason he wants to have friendly relations with Israel is he knows he can’t win a war with them. And it would be far too too costly in both Egyptian blood and treasure to try. Which is why it is important for Israel to maintain its military edge… and important for him to maintain a peace treaty.

This is good news. Can we trust him? I think so. He has not hesitated to state his own true feelings about Israel.

The recent violent protests at the American embassy there shows that there is still plenty of popular hostility there against the US – and most certainly Israel. Nonetheless, I think I can safely say that for now, Morsi is at least on the same page with Mubarak with respect to the Jewish state.

Hopefully the new regimes in other Arab countries will have the same approach – including in an eventual post Assad Syria. Perhaps that is too much to hope for, but at this point all hope is definitely not lost. If a member of the Muslim Brotherhood can say such good things to an Israel President perhaps there will be other fundamentalist leaders that will follow suit.

Perhaps we are finally seeing a new world order among Arabs who will focus their leaders on the welfare of their people instead of hatred of Israel. Is that too much to hope for? Maybe. But one can hope. That said the threat of terror from Israel’s terrorist neighbors is still very much alive and well. As far as the immediate big picture is concerned, not much has really changed.

How does this all this impact on my choice for President? I don’t know. I still have to think about who I will endorse in the upcoming election. At this point, I am going to wait for the final debate between the two candidates. It is supposed to focus on foreign policy. I will make my decision after that.

Nonetheless I am still very glad about to hear about this news. It gives me a glimmer of hope about the future. But only a glimmer. 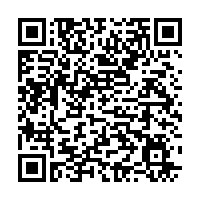