The repercussions of the last Israeli election are still reverberating and we have not yet seen the full impact it will have on Israeli society and the very character of the Jewish State. And it took a woman, Dr. Ruth Calderon, to precipitate it.

Although it did not really start with her. It started with her ‘boss’ – Yesh Atid’s leader Yair Lapid, the son of an avowed atheist who many saw as anti religious.


How different this Knesset is from the Knesset of the founding fathers! I have already pointed out in a previous post that there are 38 observant Jews in the new Knesset. They occupy nearly one third of the 120 Knesset seats. I have also pointed out that it is now fashionable for even secular parties to have at least one religious member.

This turns on its head the founding fathers’ idea of a nation devoid of Torah except in its historical and cultural context. As I also pointed out – back in the old days, wearing a Kipa was the kiss of death when it came to running for the Knesset. Only a handful of religious parties had such people… and they were elected almost exclusively by the religious segments of the population.

In the years between then and now two things were happening. The Haredi population grew and the enmity between secular and Haredi populations grew along with it. This has finally reached its peak in the current controversy about the Haredi draft. An issue that has yet to be resolved.

The Haredi narrative has always been that the secular world is anti-Torah and ‘out to get them.’ They also believed that as their own population grew and representation in the Knesset increased they would be able to exert more power. Thus having their financial needs met by cold calculated political power – making financial demands in exchange for joining a ruling coalition. All while maintaining their enmity toward the secular their counterparts in the Knesset – claiming they were anti Torah. This was a serious miscalculation. They were wrong.

The era of Godless leadership in the Knesset ended with Menachem Begin. One might even say it ended with the Six Day War. In my view with the exception of a few of the ruling elite in Israel, I don’t think the secular Jewish population was ever entirely Godless. The majority of Israelis may not have been fully observant. But they were not fully secular either. And since the Six Day War there has been a renaissance of observance among many Israeli Jews.

The same is true of the government. There was a time where an Israeli leader wore his rejection of Halacha as a badge of honor. I will never forget what I had heard about Yitzhak Rabin when he was ambassador to the United States back in the early 1970s.

There was some sort of banquet the United States government had for him. It was a kosher catered meat meal. The people in charge of such things believed that Jews keep Kosher and that a representative of the Jewish State would require it. During the course of the meal someone mentioned to Rabin that it was a Kosher catered one. He then immediately asked for a glass of milk to prove that the Israeli government rejects Halacha. Although this may be an urban legend, it is not too far-fetched to believe a story like that. Israeli leaders did in fact reject Halacha.

Contrast that with Menachem Begin who while Prime Minister never recited the holy words of the bible without donning a kipa. He never publicly desecrated Shabbos while Prime Minister. Who can ever forget the kiddush HaShem he made when he attended the funeral of Egypt’s President Anwar Sadat. He walked in the procession instead of being driven in a car – because it was Shabbos! There were many instances like that.

I need not go into all the various examples of how the majority of Jews in Israel are religious in their own ways if not fully observant. (Who can make that claim anyway?!) Suffice it to say that the majority of the Jewish population in Israel has some level of observance. Like fasting on Yom Kippur for example.

What is happening now is a monumental step forward. Not only is one-third of the Knesset observant – Torah study has never been more valued than it is now. Not only The Torah SheB’Ksav (written Torah), but Torah SheBal Peh (oral Torah) in the form of the Talmud. In the very same Knesset where the founding fathers rejected Halacha and looked down on the observant Jew there are now 38 observant members and many secular Knesset members who not only respect them but are willing to learn Torah from them!

According to a story in Ha’aretz, a secular party, Yesh Atid, is setting up regular Torah study sessions in the Knesset which will have Shiurim given by a variety of teachers on a rotating basis. Those teachers will include the entire spectrum of Jewry from the secular to the Haredi.

Imaging that! Haredi rabbis teaching Gemarah in the Knesset to secular members! This is unheard of. The founding fathers must be rolling over in their graves. And who do we have to thank for this? Not the Haredi parties who have done their level best to alienate every secular Jew they can. It is the secular party of Yesh Atid, and Dr. Ruth Calderon, a secular woman from that party.

Unfortunately there are some die-hard Haredim who see this as a negative development… more dangerous than what the past had to offer. In the past the enemies of Torah were clear. They openly fought the Torah. What we have now are secular Jews learning the Torah- thinking that they will no doubt use it against them.

Hopefully their view will be drowned out by the words of Torah themselves. Words heretofore rarely heard and certainly not heard on any kind of regular basis. Now it will be taught by some of their very own Haredi members.

A positive Haredi attitude has already been demonstrated by acting Knesset Chairman, Yitzhak Vaknin, from Shas – a Haredi party. He spontaneously interjected a comment related to the Talmudic discourse that was part of Dr. Calderon inaugural address to the Knesset. It seems like there will be a lot more of that happening now.

Of course there are still unresolved issues between the Haredi parties and the non Haredi parties. Not the least of which are whether Haredim will be drafted into the army; what percentage will be exempt – if any; and what their service will look like. The two sides are far apart. And who can ignore all the name calling of even the religious Jews who believe that there ought to be some form of mandatory military service by Haredim. Like when HaGoan Rav Ovadia Yosef, Shlita called the observant head of HaBayit HaYehudi, Naftali Bennett a heretic.

We are far from a rapport between the two worlds. But we are nonetheless far closer to it than at any time since the founding of the State. In my view all it will take is a little more tolerance from the Haredi side and some compromise from both sides to come to an acceptable resolution to this crisis.

Perhaps history will record this moment in time as the dawning of a new age of achdus where all Jews can be seen as brothers with unconditional love and respect for one another. 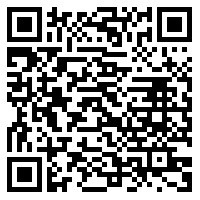