Sometimes he’s right on the money and sometimes I think he’s profoundly wrong. But that does not take away from his integrity – which Rabbi Moshe Grylak demonstrated this week in his weekly Mishpacha Magazine editorial.  I believe he has got it right.

His subject is the painful war between two factions within the Haredi camp. One side is the extremist camp of Rav Shmuel Auebach! (Oh, how far the apple has fallen from the tree!) The other side is the faction that supports the relatively moderate views of centenarian rabbinic leader Rav Aharon Leib Steinman.


I say ‘relatively’ moderate because he is strongly opposed to things which I support and feel are beneficial to the entire population. From the avowedly secular to the  religious of all stripes. Rav Steinman opposes (among other things) changing the current paradigm of learning full time in Yeshivos, eliminating the exemption of all Haredim from the military draft, and installing a core curriculum of secular studies into their schools. He considers current attempts by the government to do so – an evil decree perpetrated by evil people. He prays every day that God rescind the evil decree.

But at the same time he is moderate in the sense that he respects the law and urges all Haredim to follow it and register for the draft. That is of course the rational thing to do, the smart thing to do, and in my view the ethical thing to do.

Rav Auerbach will have none of that. He is telling his supporters to violate the law and not register for the draft.

The well publicized response is in the form of Rav Chaim Kanievsky declaring the formation of this party to be Chilul Hashem of major proportions, and a brazen insult to the Gadol HaDor.  He forbade any Haredim from supporting this party in any way. As reported here last Friday he has mandated a counter measure to fight this new party. A form was created pledging support to Degel HaTorah to be signed by all Avreichim on pain of expulsion from Kollel if they refuse. Rav Auerbach for his part is urging Avrechim not to sign it.

The fallout of the extremist views and rhetoric coming out of Rav Auerbach’s quarters has spawned a lunatic Avreich from the Rav Auerbach camp to physically attack Rav Steinman.

Here is where Rabbi Grylak’s wisdom on this issue comes in. From his editorial in Mishpacha:

In our bleakest dreams, we never imagined the devastation within our community would be so profound. But what happened last Wednesday morning after Israel’s municipal elections was worse than anything we ever expected to see; holy barriers were breached, a clear warning sign for us to brake, stop, and reflect. It’s time for us to make a thorough, exhaustive moral inventory, and to be brutally honest in our conclusions.

He took the words right out of my mouth. Words I have myself written right here on this blog. Of course when I say them I am accused of Haredi bashing. But Rabbi Grylak is a card carrying Haredi. His feet are firmly implanted there. At the same time he is a man of integrity that sees what is happening and is not afraid to tell it like it is. He questions the very morality of his beloved community.

Not that he thinks his Haredi Hashkafa is immoral. He would vigorously deny it – as would I. The Haredi hashkafa in its purest form is moral. Although I have a different Hashkafa I never questioned that.  What is immoral is in how his Hashkafos are currently being carried out.

Rabbi Grylak questions exactly the same thing I question. And comes to the same conclusions. While it is true that it was a lunatic that attacked Rav Steinman, one has to examine what brought him to express his lunacy in this way. Here is how he puts it:

On Wednesday morning, an unthinkable crime took place. Perhaps it was the product of a lengthy vilification campaign in which people were incited to believe evil things about Rav Steinman shlita. The agitators succeeded in planting shameful lies in the hearts of some bnei Torah, feeding them the outrageous accusations (about) Rav Steinman… 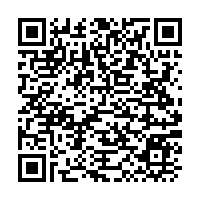